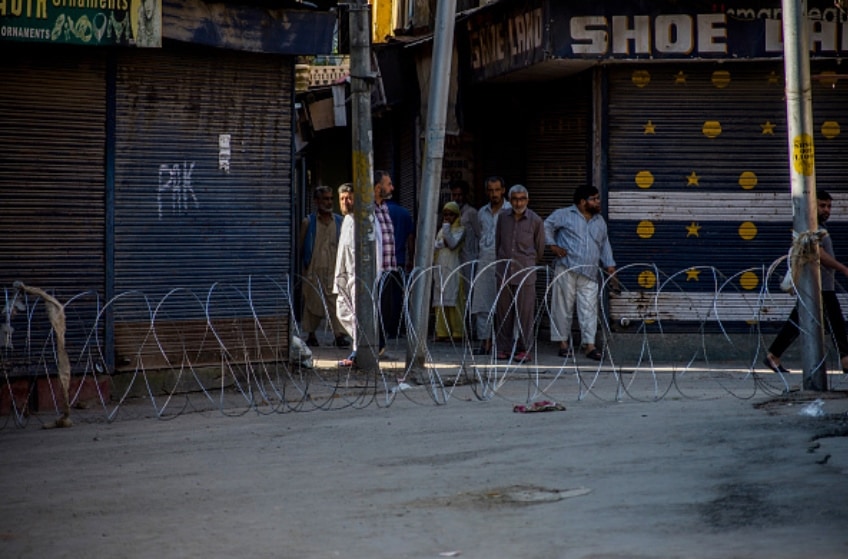 At exactly midnight August 4, India quite literally forced the entire country of Kashmir into lockdown.

Appalling as that sounds in our supposedly civilized world, a far greater horror now looms over Kashmir’s 14.5 million people. And, if we speak candidly, it hovers specifically – and by design – just above the heads of Kashmir’s 10 million Muslims – namely, humanitarian catastrophe for these men, children, and, to our collective human shame, most especially Kashmir’s women.

Word of food, medicine, and water shortages has begun to leak, not to mention the collapse of Kashmir’s education, sanitation, and healthcare systems.

“Leak” because, mindbogglingly, shortly after India’s ruling Hindu nationalist Bharartiya Janata Party (BJP) government crowded 28,000 soldiers and terror-inspiring Hindu chauvinist paramilitaries into Kashmir in late July – sardining them with the 670,000 armed personnel it had already stuffed into it, making Kashmir the most militarized place on the planet (to the crazy ratio of one soldier for every 10 men, women, and children in the valley) – it toggled the off-switches on Kashmir’s phone services and internet, and confined a staggering 7 million people (9 million if you count all regions), virtually all of them Muslims, to their homes under threat of being shot on sight if they emerged.

At that same hour stroke, they arrested some 400 Kashmiri political, religious, and social activist leaders; then followed this by jailing 10 times that many, more than 4,000, according to Aljazeera, most of them young men, seized in the night in their homes, beaten, then flown into India because Kashmir has run out of prison space. 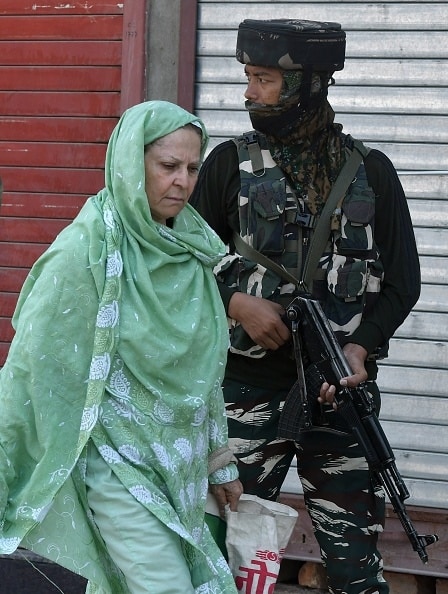 But as India’s military stifles the voices inside Kashmir, and the world’s civilizational leaders stand in deafening silence while India strips these people of the promise it and the world’s nations made to them 72 years ago in 1947 – to keep their communal autonomy while they choose for themselves whether to become part of India or go independent – humanitarian experts on India and critics within that country blare a terrifying warning: India’s documented history of the “deliberate/strategic use of sexual violence by the armed forces [in Kashmir] makes it a powerful subtext” of this conflict, as Sahba Husain, a researcher on gender and conflict, writes in Fault Lines of History, a study of sexual violence and impunity in India.

Award-winning Indian novelist Arundhati Roy writes in the New York Times of “vulgar celebrations” among India’s nationalists, including “dancing in the streets and horrifying misogyny on the internet.”

If you don’t believe Roy, take it from BJP officials themselves. Chief minister of Haryana Manohar Lal Khattar: “Some people are now saying that as Kashmir is open, brides will be brought from there. But jokes apart, if [the gender] ratio is improved, then there will be a right balance in society.”

Vikram Saini, Legislative Assembly Member: “Party workers should rejoice in the new provisions. They can now marry the white-skinned women of Kashmir.”

Academic Nitasha Kaul, herself a Kashmiri, writes: “There is a specifically gendered aspect to the exoticization of Kashmir … which results in a feminization of the Kashmiri landscape and Kashmiri bodies. … Muslim-majority Kashmir has always been India’s Oriental ‘other,’ loaded with fantasies of beauty and cruelty as surely as any Ottoman harem in the fervid imagination of Europeans.”

“How to marry Kashmir women” reportedly grew to one of India’s most googled inquiries after August 5, according to journalist Adnan Bhat.

The experience of Kashmiri women themselves verifies these findings: “The way women of Kashmir are exoticized and objectified on a daily basis in India, the way their bodies are portrayed as vulnerable and used to create fear and intimidation, has heightened the sense of being preyed upon,” said Samreen, a 22-year-old make-up artist from Srinagar. “We feel persecuted, even more than the men of the valley today.”

The risk of violence against Kashmiri women leaps exponentially higher in the muffling dark of Kashmir’s communication lockdown.

Amnesty International’s human rights experts are “concerned that the continuing communication blackout denies the people of Jammu and Kashmir their key human right to freedom of expression, which India is obliged to respect under Article 19 of the International Covenant on Civil and Political Rights, to which it is a state party. The arbitrary detention of the leaders is a further violation of human rights, and we are concerned that this may not be where violations end.”

The skyrocketing arrests of Kashmir’s men also forces the women out to markets during curfew breaks, increasing their exposure to sexual violence by armed personnel, who India protects from any accountability with its Armed Forces Special Powers Act (AFSPA), which licenses them to use broad “special powers” in Kashmir in the name of maintaining order. This led directly to the notorious mass rapes in the Kunan and Poshpora villages in February 1991, with no public record of civil court punishment for soldiers.

Moreover, the high numbers of men “disappeared,” maimed, and killed in Kashmir by India’s military – 586 killed in 2018 and 271 in the first half of 2019, according to local human rights monitors – has resulted in Kashmir’s rising population of so-called “half-widows,” women who have become the main economic supporters of their families.

“Kashmir is filled with women without men,” historian Urvashi Butalia told the Independent. “With a curfew in place, it directly impacts their economic activities, when they are unable to go to the markets, or when customers cannot come to them [for services, like embroidery].”

She also notes that Kashmiri women, especially youth, more and more come out in open protests against their suppression in their own homeland by Indian armed forces. “You see a lot of young people, including young women. This increases the chances of women being in harm’s way.”

Zakat Foundation of America donors have supported Kashmiris – including orphans, widows, the poor, and students in need – for more than a decade, along with the organization’s local humanitarian partners.

As calls grow to open a humanitarian corridor into Kashmir, Zakat Foundation donors have begun a campaign to reach Kashmir’s victims with critical aid – including storable staples of food, as well as water; medicine, medical and surgical equipment, mental health help, and hygiene kits; winter clothing, blankets, and heating resources; and educational and financial assistance.

“There is clearly a building, massive call for humanitarian assistance in Kashmir,” says Halil Demir, Zakat Foundation’s executive director. “And we need to understand that a great part of that is not just physical but also mental.

“We need also to take account of the fact that the long-term imminence of violence in Kashmir has placed people under tremendous psychological strain and now has virtually shut down Kashmir’s economy, healthcare system, and its schools. These are the overwhelming humane demands we seek to deliberately and diligently prepare an equally massive charitable response to meet.”

Indeed, a Doctors Without Borders’ study of Kashmir’s population found that fully 45 percent of people in the valley live with “significant mental distress.” Another 20 percent – an astonishing one in five Kashmiris – show symptoms of post-traumatic stress disorder.

Kashmir has come under grave humanitarian assault, and its people stand now in tremendous need of your help and prayers.

Please give generously to aid the innocent suffering of Kashmir – its women, children, and men – in their time of helplessness and suffering.