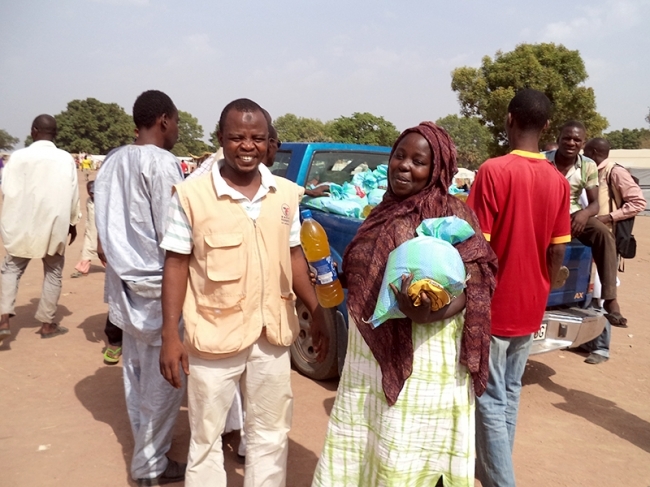 Although the Council on Foreign Relations has characterized the situation in CAR as a “forgotten crisis,” Zakat Foundation of America has been working behind the scenes to establish an office in this dry, landlocked country that lies between Chad and the Democratic Republic of Congo.

In March the Zakat Foundation of America field representative from Kenya traveled to Chad to deliver food aid to a refugee camp that at that time was sheltering 18,000 Central African refugees. The stories he sent back were hair-raising.

“When the war started,” Central African refugee Ayisha Yamende told Zakat Foundation of America field staff in March, “we went into hiding. The Anti-Balaka were killing Muslims, anyone who was married to a Muslim, anyone who was related to a Muslim. Everyone - women, children and fathers - just ran away.”

“It was terrible,” she said. “Even pregnant women and their unborn children were attacked. I saw it happen.”

In late 2012 the Seleka (“Alliance”), a coalition of Muslim rebels, took power. Sectarian violence soon followed as the Seleka engaged in rule-by-terror tactics and, in response, the Anti-Balaka (“Anti-Machete”) group formed, bringing together former security forces and Christian men who wanted revenge.

The intense persecution of the Muslim minority has forced hundreds of thousands to flee the country. Those still inside the country are living without basic help or services.

Madeleine Logan, a Unicef blogger, wrote, “There are tracts of Central African Republic where there is no humanitarian presence, because they are too dangerous or too remote.”