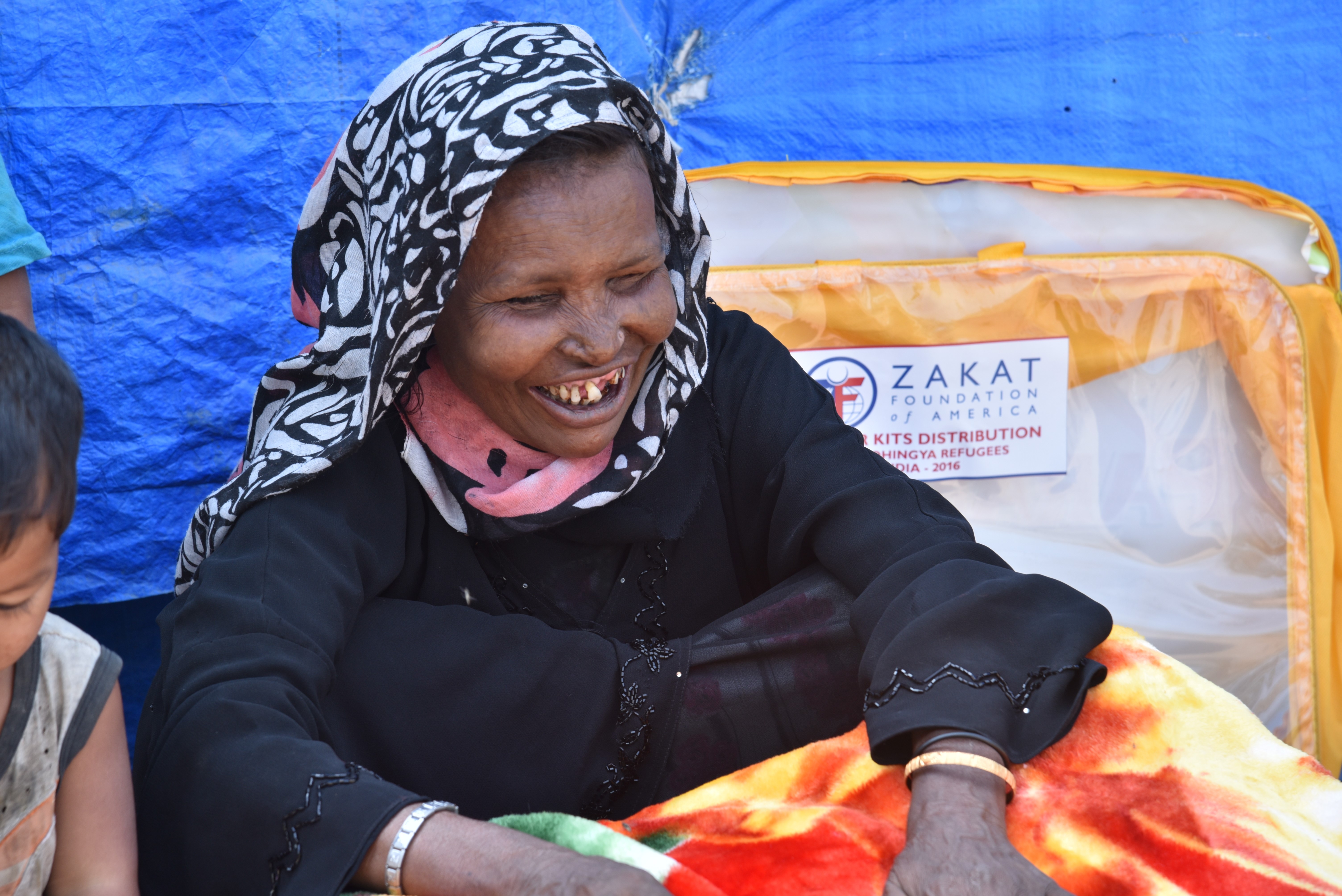 It was only five days after Muslima’s arrival in Hyderabad, India, that Zakat Foundation located her. At 50 years old, Muslima has been widowed, persecuted, lost her two sons and forced to flee her homeland, Myanmar. And on top of all this, Muslima is blind and has been her whole life.

When we met her, she spoke to us with nostalgia of the years before her husband’s, Rafiq’s, death. Despite her blindness, she told us, he loved her and cherished her unconditionally. Over the years, together, they were blessed with two sons.

Rafiq and Muslima were both Muslims living in Myanmar. The conditions grew tougher with each passing day. Around this time, her husband died of a heart attack, leaving his wife widowed and his sons orphaned.

After her husband’s passing, the persecution of Rohingya Muslims became more difficult. She had no source of income or protection in a country that continued to victimize her and her people.

“Muslims were even prevented from performing prayers and reading Quran,” she explained.

It was in these critical and oppressive conditions that she lost her two sons, leaving her with no one in this world.

To survive, she knew she had to flee. On foot, she wandered through miles of jungle. She was totally blind; she couldn’t see where she was going, but she knew eventually, if she kept moving, she would arrive somewhere. 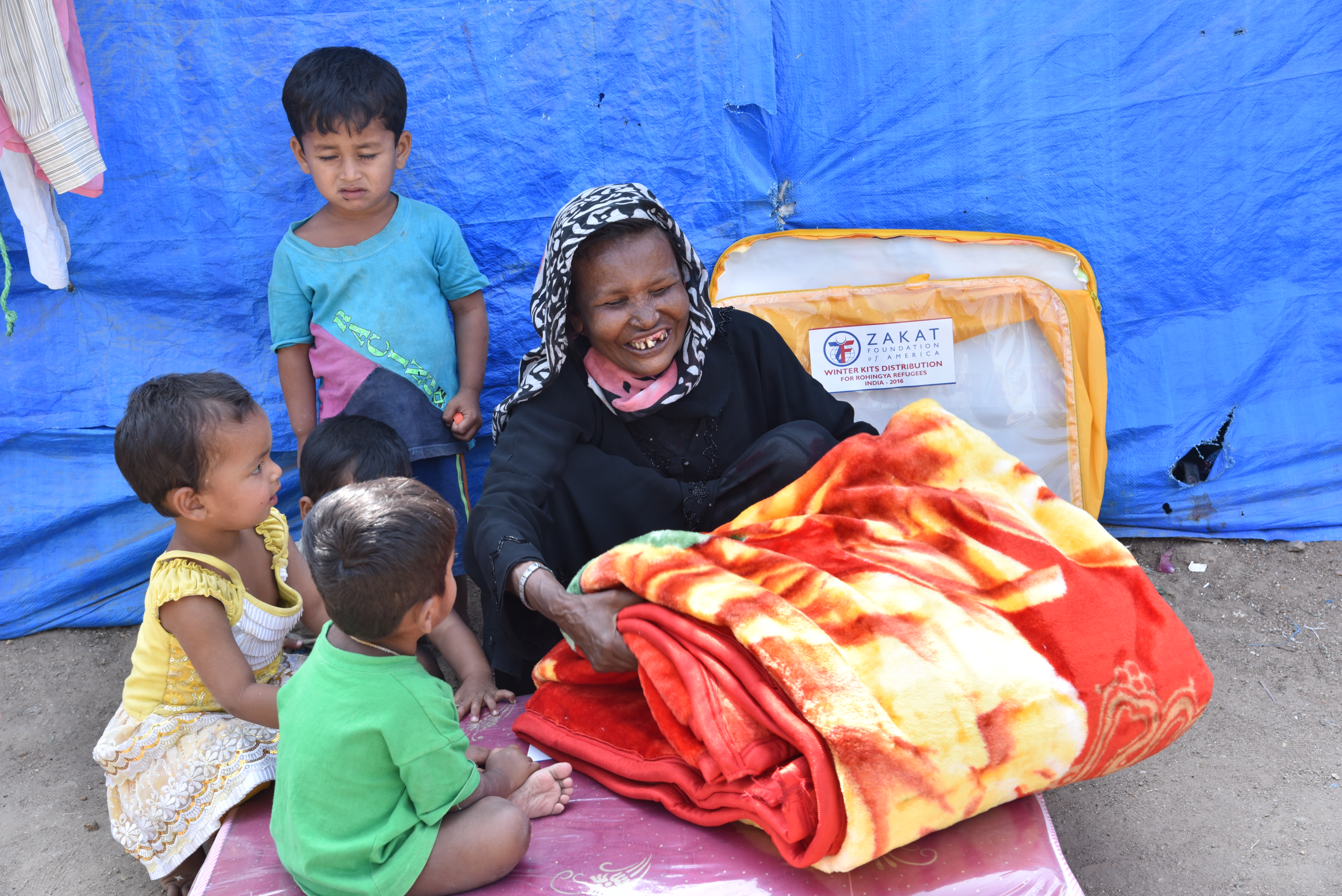 And she was right. By a miracle, she eventually arrived in Calcutta, India. Hearing the voices of people around her, she began to inquire about other refugees from her country — where they fled and how she could find them. With the help of strangers, she was guided to Hyderabad.

She didn’t know the language in the region, but she met a local who offered his help. He built a small hut near his home and told Muslima it was hers.

That’s when Zakat Foundation heard of her story and stepped in. We inquired about what she needed most immediately and she told us, “In this harsh and freezing winter, I face many problems without a blanket. It is difficult to sleep in the night time as I came here with only one old cloth.”

So we gave her a winter kit- a large mink blanket and a fold-able bed.

She ran her hands across the blanket excitedly.

“I have never felt anything as soft as this in my life,” she exclaimed. Tears rolled down her face and she beamed joyfully.

“After so many sad days, I smiled because of Zakat Foundation’s gift and because the worst of it is in the past now,” she said. “This gift has made me very happy, and I pray that God gives you long life and allows your service to reach all those who have still not been reached. My heart is full, and I convey my regards and sincere prayers to the humble donors.” 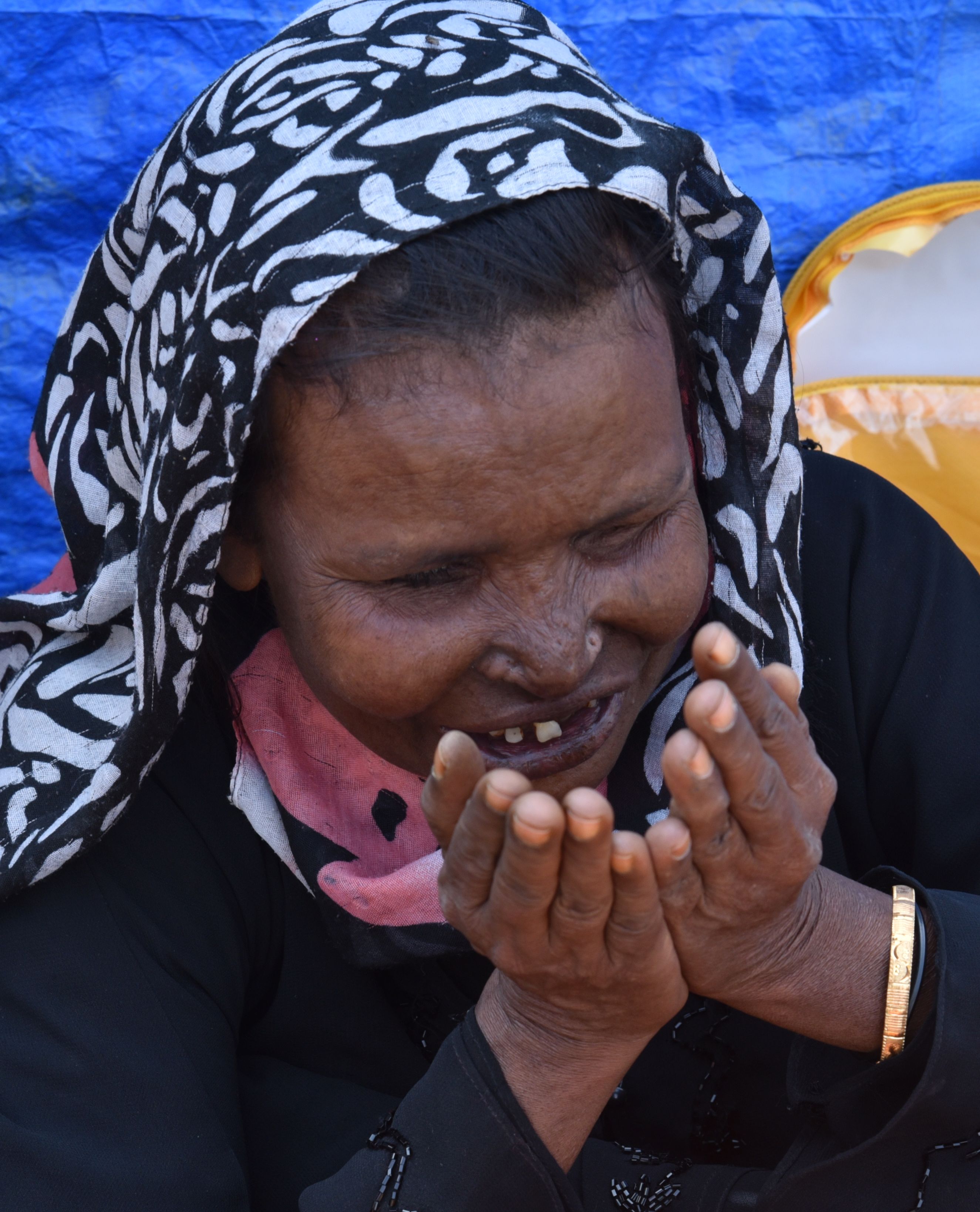 We remain in the lives of refugees like Muslima, providing long-term support so they eventually earn their own livelihoods and become self-reliant.

The Rohingya now comprise over 1.3 million refugees. Muslima is just one.

Your donation reminds them they are not alone. Give the gift of joy. Go to ZAKAT.org/donate