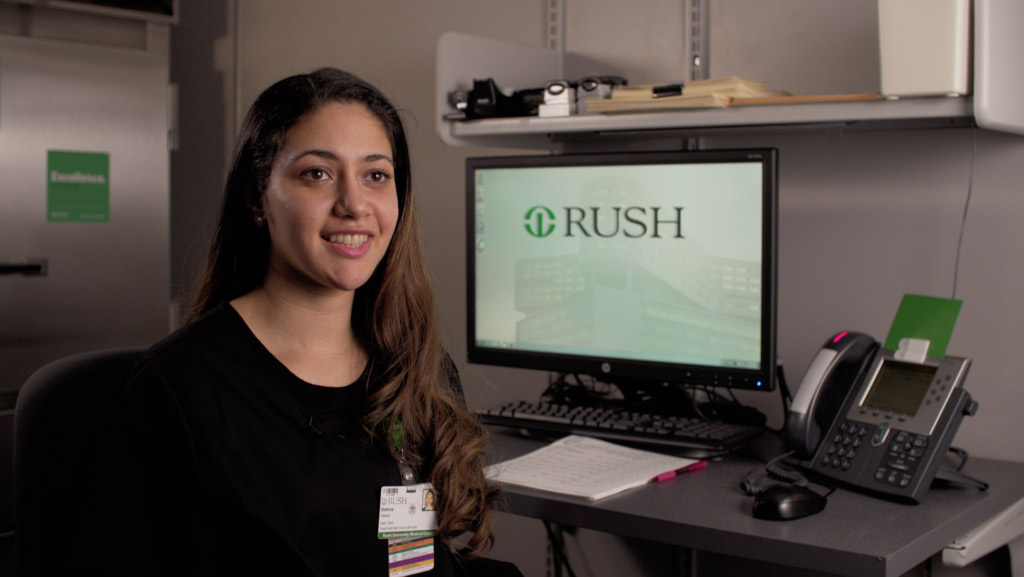 She had already gotten her master’s degree in nutrition and dietetics. Her country was rife with hyperinflation, food shortages and a lack of healthcare that plagued her people. She needed a way to put her knowledge to use. So in 2016, she fled her country, Venezuela.

She arrived in the United States as an asylee. Her name is Belkina.

She struggled to find her way into the workforce despite her education. Getting a job that aligned with her skills and long-term career aspirations was already difficult, but on top of that, she struggled with English and did not have as much work experience as prospective jobs requested or required.

Belkina then spent about a year babysitting while rethinking her job-search approach, and she started taking English as a Second Language classes to strengthen her skills. She spoke with a Venezuelan friend who also immigrated to the U.S. and referred Belkina to Upwardly Global to gain familiarity with the American employment process.

Zakat Foundation of America helps fund the Upwardly Global project and others like it to help immigrant, refugee and asylum-seeking professionals integrate into the American workforce. It works to match highly qualified individuals with jobs in their field that need filling.

With our support, Belkina completed her core coursework, refined her resume and crafted quality cover letters. She learned strong interview skills and was given a job coach to provide one-on-one assistance and feedback.

“It was like we started the journey together,” Belkina said. “Having someone that I could trust … who recognized my accomplishments and previous experiences in my native country and helped me learn to sell myself as a candidate made a great difference.”

Although unsuccessful interviews initially discouraged her, her job coach checked in with her weekly with new leads and advice. They discussed how to better approach applications and employers. Six months after enrolling in the program, she secured an interview at Rush University Medical Center for a Diet Clerk position that would put her a step closer to her goal of becoming a licensed dietitian in the U.S.

She got the job. And less than a year later, she was promoted to a Diet Tech, allowing her to begin working directly with patients. 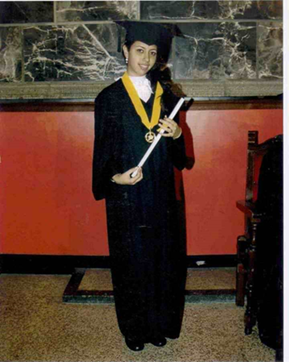 A flashback photo from when Belkina graduated in Venezuela[/caption]

“When you have a dream, the sky is the limit,” Belkina said.

Belkina is one of more than 500 immigrants and refugees Zakat Foundation has helped train and place in jobs through Upwardly Global. Zakat Foundation is committed to serving refugees both internally and externally displaced, providing resettlement opportunities and other assistance to more than 70,000 refugees worldwide.