Can Zakat be given to family?

Yes, for specific family members that meet Zakat conditions, and who the Zakat giver is not already obliged to provide for. So scholars unanimously concur that a man cannot pay Zakat to his parents, or to his wife, or dependent (young) children; though a wife can (some scholars say “should,” in terms of higher divine reward) give to her husband. Zakat may appropriately be paid to all other close relatives that qualify for it, according to the most endorsed and best supported juristic opinions.

There are three test questions to determine if you can pay Zakat to a Zakat-eligible family member:

Answering each of these questions will tell you if it is permissible for you to pay your Zakat to a Zakat-eligible family member.

Who Is dispensing the Zakat payment to the family member, you or an agency?

Let us remember that a fully functioning Zakat system has an authority assessing, collecting, and dispensing Zakat payments. In such a case, any relative of yours that the Zakat authority determines Zakat eligible may receive Zakat payments from it, even if you have paid your Zakat into it and regardless of your financial responsibility for that relative, including your wife, parents, and dependent children.

How close is the relative you want to pay your Zakat to?

If the family member is considered close – that is, a man to his wife, or for one’s parents or children, people whose provision Islam has already made the Zakat payer responsible for – you cannot pay your Zakat to him or her. This is because paying Zakat to this Islamic legal category of close relatives is like paying it to yourself because by this Zakat payment you are exempting yourself from your prior obligation in Islam to provide for their living expenses.

Some scholars include one’s grandparents and grandchildren in the category of relatives too close to pay Zakat to, but the religious Texts of the Quran and the hadith, or statements and record of the Prophet, on him be peace, better support defining close relatives as the wife of a man who is the Zakat payer, and one’s children and parents.

The Quran, for example, counts the homes of parents and sons as the same, according to Al-Qurtubi’s commentary on the legal meaning of the verse: There is no offense for yourselves if you freely eat from your ‘own’ households (Surat Al-Nur, 24:61). And the Prophet, on him be peace, famously said to a man: ‘You and your wealth belong to your father” (Al-Musnad); and also: “The best food a man eats is that which is out of the man’s own earnings, and that of his son is from his own earnings” (Tirmidhi).

The household, dependency, and financial responsibility as criteria for paying Zakat to family

The first and second of these questions you can answer straightforwardly for yourself (with the reminder that all scholars consider parents, dependent children, and a man’s wife barred from receiving your direct Zakat payment).

The third question about Islam’s binding legal support of a family member will depend upon whether you follow a particular school of Islamic Law or are content with the independent ruling of other scholars.

If you adhere to the Hanbali school, its namesake’s position is that you are legally responsible to support anyone who can inherit from you, if that support is needed. One prominent Hanbali scholar, Ibn Qudama, holds that Ahmad ibn Hanbal’s predominant position was that you can pay Zakat to your relatives even if you have financial responsibility for them, excepting the agreed upon close relatives. This too is Abu Hanifa’s position.

Al-Shafi‘i adds grandparents and grandchildren in need to close relatives (parents, children, and a man’s own wife) whom you bear financial responsibility for.

Malik draws the circle of a Zakat payer’s financial responsibility tighter, at sons, until they reach puberty; daughters, until they marry; parents, and a man’s wife.

Note that none of the scholars of leading juristic schools in Islam (even Ahmad Ibn Hanbal, if you take Ibn Qudama’s position) prohibit sisters or brothers, or aunts or uncles in need of it from your Zakat.

In addition, a number of prominent Companions of the Prophet, on him be peace, and may Allah be pleased with them, and early scholars are cited supporting the superiority of giving sadaqah, charity, whether voluntary or obligatory (meaning Zakat) to relatives. They report the Prophet, on him be peace, saying: “Sadaqah to the needy is merely sadaqah, while it is both sadaqah and a kindness to kin when given to relatives,” meaning it is twice commendable in the eyes of God (Bukhari, Muslim, Tirmidihi, Nasa’i, Ibn Majah). The scholars note this prophetic Text makes no distinction between compulsory and freewill offerings (the Quran uses the world ‘sadaqah’ both for voluntary charity and for obligatory Zakat), or between relatives one must support or others.

Can a wife pay her Zakat to her husband?

Yes, because while a husband is wholly financially responsible for all his wife’s living expenses, a wife — even if she is rich and her husband is poor — has no responsibility to support her husband. Islam considers a wife’s intimacy with her husband so close as to make her as he is to himself, for it makes him as responsible for her living needs as he is for his own. Hence, the Quran references the husband’s house as his wife’s house in the verse: Thus you shall not expel them from ‘their’ homes (Surat Al-Talaq, 65:1). The husbands obligation to provide for his wife’s living needs completely is the reason Islam prohibits him from paying his Zakat to her, because of his pre-existing prior obligation to her.

Some jurisits, including Abu Hanifa, disapprove of a wife paying Zakat to her husband, on account of this equivalency between them, but in the case of Zakat this analogy is incorrect, and it is contradicted by a sound report of the approval of the Prophet, on him be peace, answering Zaynab’s (and another woman’s) query if she could give sadaqah, charity, to her impoverished husband, the esteemed Companion Abdullah ibn Mas’ud. He said: “Indeed, they have two rewards, one for kindnedss to kin and one for giving sadaqah.” Most scholars, including Abu Hanifa’s two most prominent students, say the words of this hadith indicate prophetic approval of a wife’s Zakat to her husband. No other Text prohibits this from a wife, and this Text itself does not specify voluntary sadaqah apart from Zakat, again the Quran using the word ‘sadaqah’ for both.

Some exemptions for Zakat to family

Summing up giving Zakat to family

To calculate your Zakat payment today, use our Zakat calculator 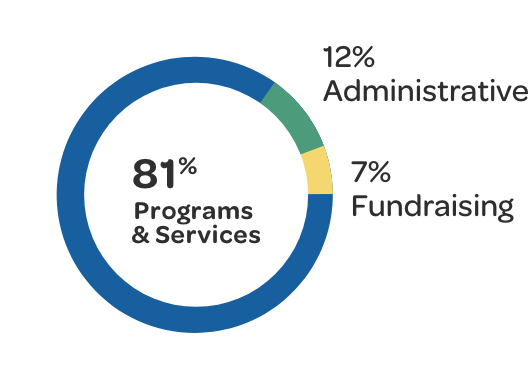