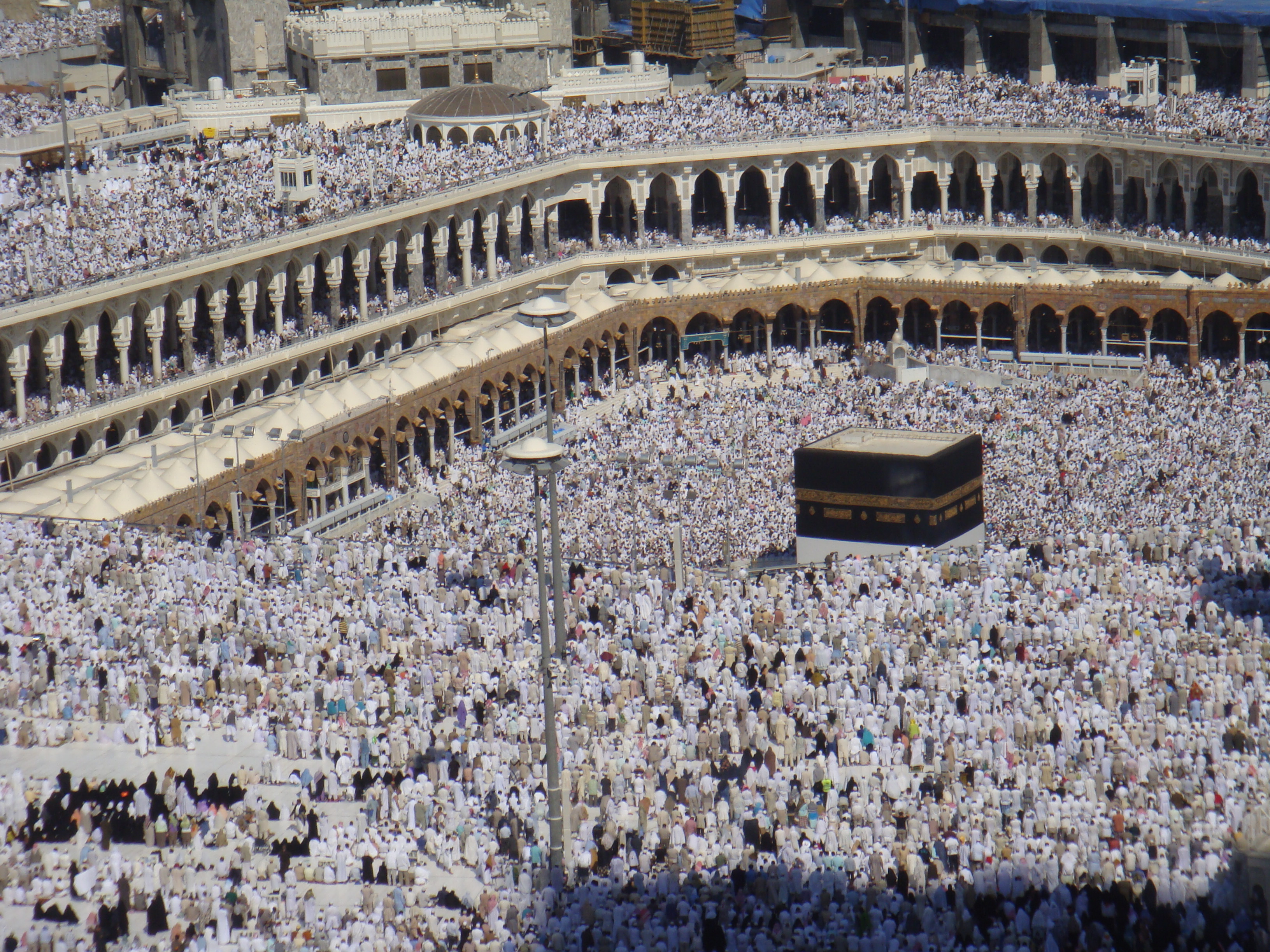 As the Final address of God to humanity — the Last Revealed Word He shall utter to us in this life — the Quran came down with an array of clear commissions. One of these mandates is to disabuse human beings of the false notions they have imagined and acquired about past Heavenly Books, their original contents, the peoples who received them, the ways of life and worship that they commanded, and the men chosen to deliver and exemplify them as messengers and prophets.

In particular, one of the Quran’s major purposes is to vindicate God’s messengers among the people of the latter days, us, from the lies rampant about these prophets, and the raft of fraudulent claims made about their beliefs, their practice, and their devotional rites — even in what is asserted to be Scripture, Heavenly Revelation.

The Quran clarifies these truths because they are vital to humanity’s continuing divine guidance and its understanding of God’s religion in the post-prophetic period, which the Revelation of the Quran and the call of the Prophet Muhammad, on him be peace, herald.

The single most crucial of these exemplars whose creed and way the Quran clarifies is Abraham, on him be peace, Friend of God and Father of Prophets. Allah first tries Abraham, not on one or two occasions, but with a gauntlet of the most rigorous tests of his faith through a period we may deem a full life — and Abraham does not fall short in a single one of them.

So God selects Abraham as an imam — a communal, spiritual leader whose life-example humanity is to follow, whose worship it is to imitate, and, most pivotally, whose enjoinments to belief in God’s absolute Oneness it is to bear witness to and whose categorical denunciation of idols it is to uphold.

Now, behold! Abraham’s Lord tested him with arduous commandments, and he fulfilled all of them. So God said to him: Indeed, I shall make you an exemplar for all people. Abraham implored the favor of his Lord: And also my descendants. God said: The promise of My covenant shall not extend to the wrongdoers among them. (Surat Al-Baqarah, 2:124)

God tasks His elect emissary with a charge that is quite literally epoch-making: To mark out and sanctify both the First and the Furthest Houses of the All-Holy, Masjid Al-Haram in Makkah and Masjid Al-Aqsa in Jerusalem, the latter established 40 years after the former. Such would be the blessed precincts of humanity. Makkah is the Spiritual Mother-City (Umm Al-Qura), with the Ka‘bah (the “Cube”) as the world’s navel. Jerusalem sets the perimeter.

This prepares the ground for the convergence of Abraham’s long service to God and his prophetic mission to man. He is to raise the foundations of the Faith of Oneness (tawhid) for all the human communities of monotheism that would come after him in the world.

Thus when Abraham and Ishmael raised the foundation of the Sacred House, they prayed: Our Lord! Accept this from us. Indeed, it is You, You alone who are the All-Hearing, the All-Knowing.

Our Lord! And send forth among our descendants a messenger from their own midst who shall recite to them Your verses, and teach them the revealed Book and the way of prophetic wisdom, and purify them. Indeed, it is You, You alone who are the Overpowering One, the All-Wise. (Surat Al-Baqarah, 2:127-29)

Here, in the barren Valley of Bakkah (the Vale of Tears, or the Vale of Throngs, as its name indicates) and with barely a human ear near to hear him, five thousand years or more before the appearance of the Prophet Muhammad, on him be peace, the fulfillment of Abraham’s prayer — Abraham’s godly striving and earthly purpose culminate. God commands him to call humanity as pilgrims to His House to complete their religious rites.

And you shall proclaim among all people the Hajj. They shall come to you on foot and on every lean mount. They shall come through every faraway passage, that they may observe many benefits for themselves — and mention much the name of God during the known days of Hajj over what He has provided them of grazing beasts to sacrifice. So eat of them and feed the afflicted and the poor. (Surat Al-Hajj, 22:27-28)

Thus Allah commanded Prophet Abraham, on him be peace.

“O Allah! How far will my voice reach?” reports tell us he asked.

“Proclaim!” Allah said. “I shall convey the message.”

“O people!” shouted Abraham from the summit of Mount Abi Qubays. “Allah commands you to make the pilgrimage to this House so that He may reward you with Paradise and save you from the torment of Hell! So make Hajj.”

As such, as the Quran tells us, Abraham — he was in himself a nation (Surat Al-Nahl, 16:120), and the Prophet Muhammad, on him be peace, and all who follow him become the embodiment of guidance and thronging fulfillment of the sacred way and communal entity Abraham himself originally personified.

Our father Abraham called … and we have come by the hundreds of millions, by God’s mercy.

The Hajj-Pilgrimage’s required visit to the Ka‘bah in Makkah is, indeed, replete with benefits, from that of personal spiritual retreat, to renunciation of the world, to the accumulation of a massive supply of charitable-offerings of sacrifice that should be distributed to feed the world’s stricken and poor.

But its underlying objective is to indelibly imprint on the heart of the worshipper — by means of one’s own time-space, and faith-compressing experience — the stark unity, the utter coherence, the difference-leveling truth of the sacred way upon which he or she has been guided, which brings one abruptly as if to a glimpse of humanity’s Judgment upon the open white Plain of the Hereafter.

It is a path stretching uninterrupted back to the Patriarch Abraham, on him be peace, leading down to the holy valley of the very first House of God on earth and drawing the world-reduced pilgrim into the actual vortex toward which he or she prays five times every day.

Hajj’s primal purpose is to affirm the Sole God of all in the prejudice-crushing presence of a sea of indistinguishably cloth-clad, vast human diversity. Privilege is barefoot, presidents disheveled. Oneness: The unicity of God; the unity of man; the singularly inescapable destiny of the created returning to the dust from which it was created, and then through resurrection, to its Creator unto a Day of Eternity.

All this is intuitively, not academically, verified in the heart by the Hajj-Pilgrimage.

Say: God has spoken the truth. So follow the sacred way of Abraham, the purely upright in heart — and never was he of those who associated gods with God. Indeed, the first House of God appointed for all people is that in the valley of Bakkah. It is most blessed and a source of guidance for all the peoples of the world. From the time of Abraham, there has remained in it clear signs — such as the Station of Abraham. Moreover, whoever enters its sanctuary shall be secure. Thus Hajj to the Sacred House in Makkah is owed to God, as an obligation upon all people who are able to attain a way to it. And as to those who disbelieve this, know, then, that God is, indeed, self-sufficient, above any need for any of His creation in all the worlds. (Surat Al ‘Imrân, 3:95-97)

To those who shall make Hajj this year, may Allah render it righteous for each and every one. For those of us who await or cannot, then let us prepare our sacrifice, to feed our brothers and sisters in this increasingly aggrieved and beleaguered world.