Save the Rohingya from Genocide

TWELVE-YEAR-OLD Fatima was at home with her parents, eight brothers and sisters, and grandmother when they first saw it: Flames shooting into the night sky of her Rohingya village, Chut Pyin, in Myanmar.

Terrified, the family fled their house. But they were waiting for them from behind. A ring of uniformed soldiers opened fire on Fatima’s family as they tried to escape their home. Down went Fatima’s father, mother, 10-year-old sister, and brother in a hail of automatic weapons fire. Shot in the back.

“I fell down, but my neighbor grabbed me and carried me,” said Fatima, shot in the back of her right leg above the knee.

Fatima’s story—documented alongside dozens of other identically corroborating firsthand accounts in Amnesty International’s just released ‘My World Is Finished’: Rohingya Targeted Crimes Against Humanity in Myanmar—tells of the genocide and catastrophic humanitarian crisis on a scale of such massive brutality and human cruelty as to defy belief. 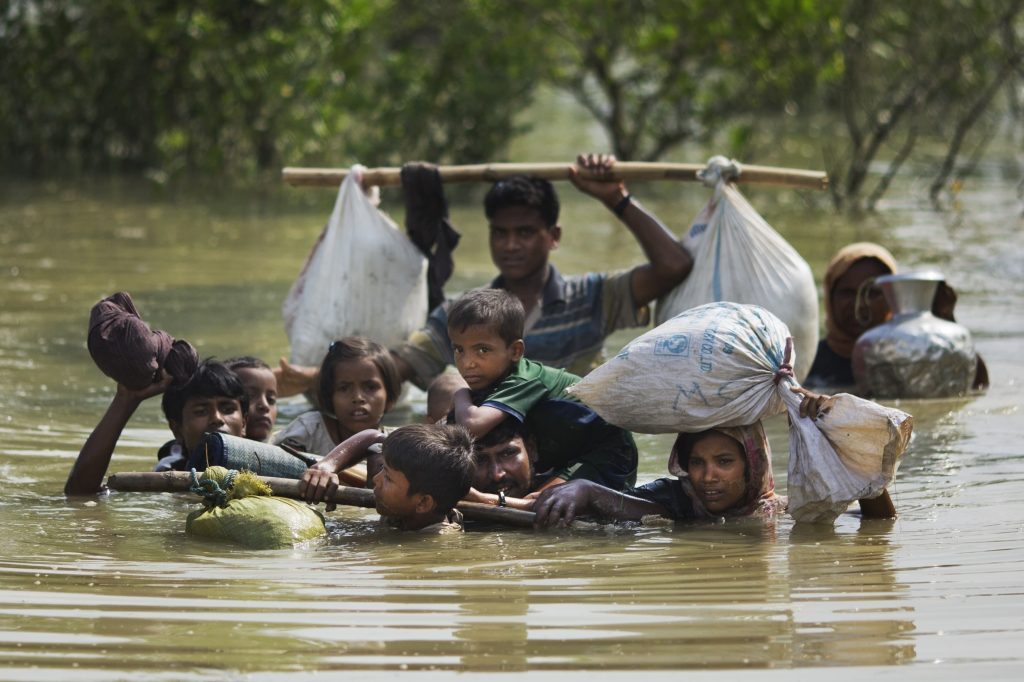 And the Zakat Foundation is there—has been there, not newly, but for 10 years—helping heal, feed, water, clothe, house, and succor the shot, orphaned, sick, and suffering—with your generous gifts.

Your donations have saved thousands of lives; and your continuous support can save thousands more. Our field staff and volunteers are on the ground providing:

Your help has never been more needed. Look at the toll.