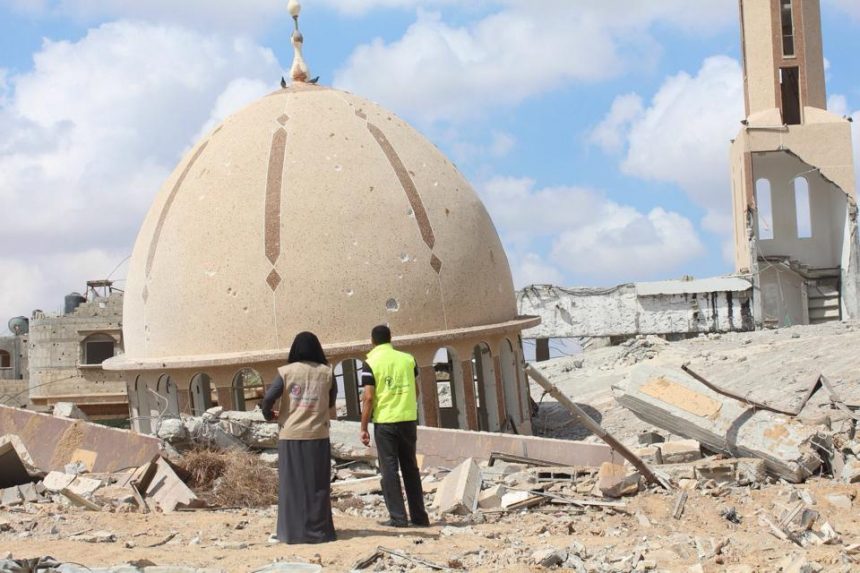 The Zakat Foundation of America is partnering with the US national committee of the United Nations Relief and Works Agency for Palestine Refugees in the Near East (UNRWA USA) to repair and reconstruct hundreds of houses in the Gaza Strip damaged during the 2014 summer conflict. The two NGOs are working together within the blockaded zone to provide an example of how international organizations can cooperate to advance humanitarian objectives in hard to reach communities.

Through the emergency shelter repair and reconstruction program, UNRWA has been providing assistance to over 141,000 Palestine refugees whose houses were damaged or destroyed during the assault. Reconstruction efforts in Gaza present many logistical hurdles that hinder sustained recovery. The ongoing blockade, now in its tenth year, makes the entry of construction supplies, and people, difficult, and all relief operations are funded solely through voluntary contributions. Almost three years later, only 20% of houses have been repaired or rebuilt, and only 50% have been funded.

The Gaza Strip is merely twice the size of Washington, DC, but contains the sixth highest population density in the world. Due to the blockade, which severely limits movement in and out of Gaza, unemployment among youth and the population as a whole are at unprecedented highs, 68% and 42% respectively, out of a total population of 2 million people. Additionally, a full 71% of the population of Gaza are refugees registered with UNRWA to receive humanitarian and development services.

“I visit Gaza every year, and I’ve witnessed with my own eyes the flattened neighborhood of Shejaiya and rubble strewn where houses once stood. One family whose story stayed with me had been living in an UNRWA classroom for nearly a year after they were forced to flee the bombs raining down on their house in Shejaiya. They told me of the fear and trauma they still live with each and every day,” said UNRWA USA Executive Director, Abby Smardon. “But despite the destroyed houses and the continued trauma from the ongoing blockade, the people of Gaza never give up striving for a better future.“

The enormity of the international refugee crisis has captured headlines over the last year, yet over 5 million Palestinian refugees have long been chronically marginalized. Moreover, schools, hospitals, and other public institutions are consistently deprived of the basic supplies and resources they need, making it difficult to sustain a functioning civil society for those living in the Gaza Strip.

“Our partnership with Zakat Foundation of America is proof that by collaborating, international NGOs can make a huge impact and transform the lives of those facing extreme challenges in hard to reach communities,” Ms. Smardon added. “We’re proud that through this multi-stage project, we were able to repair twenty-two houses with minor or major damage, with an additional sixty-five scheduled to be fully restored by April 2017. It is through American partnerships like this one, that we are able to have a positive impact on the lives of refugees.”

For more information or details about Zakat Foundation of America’s and UNRWA’s on-the-ground experience and impressions of contemporary life in Gaza, please contact us using the information below, or visit our websites at zakat.org and unrwausa.org.