What Is the Difference Between Zakat and Sadaqah? 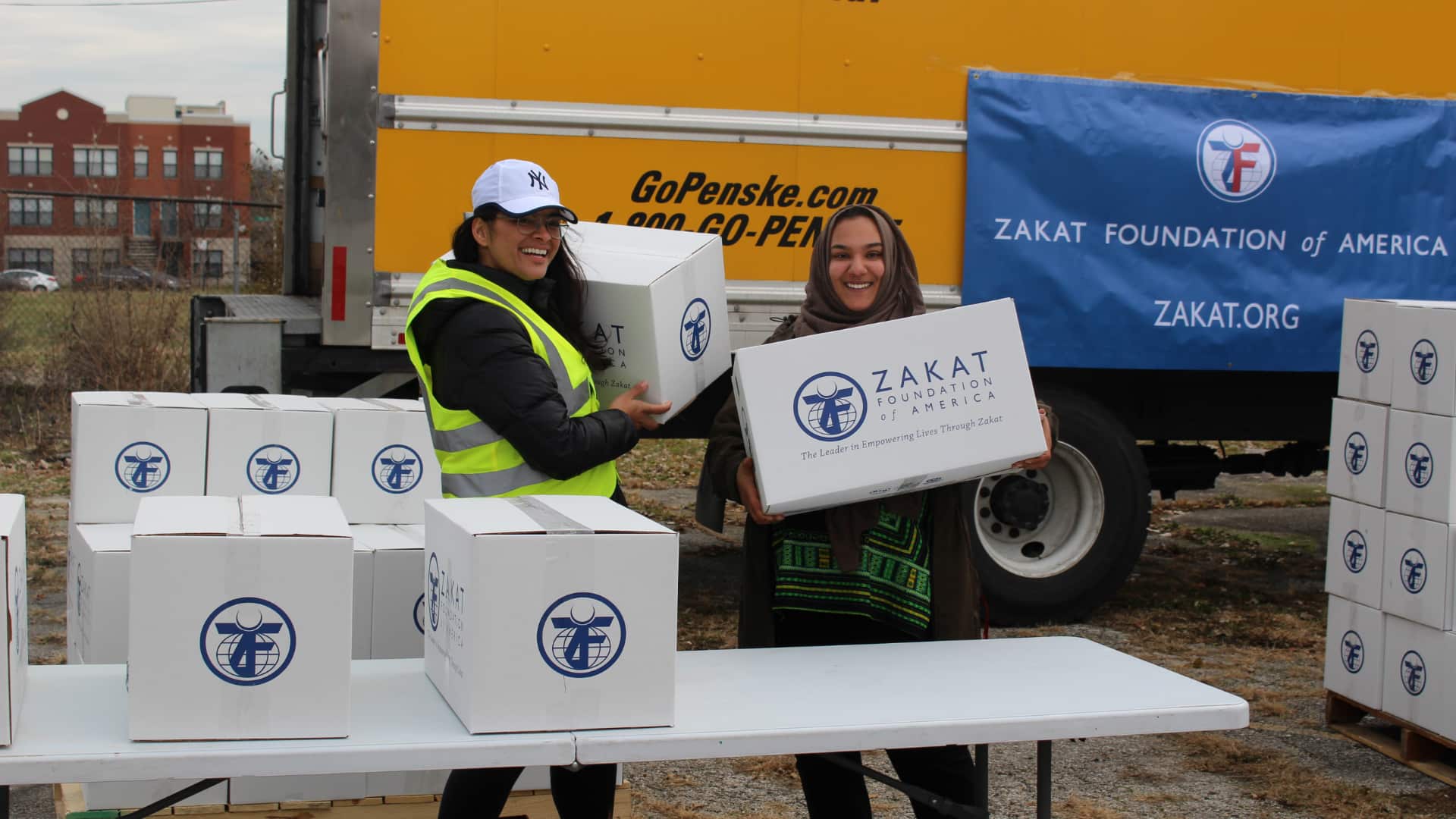 Zakat is the third of the five pillars of individually obligatory worship Islam is built on. The Muslim, the believer in Islam, fulfills it by paying a set sum in yearly alms (mostly 2.5 percent) out of his or her prescribed forms of surplus wealth to the eight kinds of people whom God has Himself designated in the Quran as either directly deserving or as qualified beneficiaries of its payment.

‘Sadaqah’ has come to mean ‘voluntary charitable offerings’ in the usage of Muslims, but at the time of the Quran’s revelation and the Prophet Muhammad’s communication of its message, on him be peace, Sadaqah meant Zakat. So, Sadaqah encompasses the meaning of Zakat in God’s Divine Law, the Shari‘ah.

What do Zakat and Sadaqah mean linguistically?

The literal, or denotative, definition of the word ‘Zakat’ (sometimes spelled ‘Zakah’) is “increase,” as in growth (nama). The word also connotes “betterment” (tahsun), “righteousness” (salah), “praise” (hamd), “blessings” (barakah), “purification” (taharah), or “commendation” (madh). Scholars cite its use in Arabic poetry before Islam. Its usage as the Zakat of almsgiving comes early in the Quran’s revelation, occurring eight times in the Surahs (divinely revealed divisions of the Quran) sent down to the Prophet, on him be peace, during the first phase of his call in Makkah.

‘Sadaqah’ stems from the root sidq, which means ‘truthfulness’ in the sense that someone’s action attests to a belief he or she claims to hold. So sidq’s derivatives in language (like sadaqah) imply deeds that “confirm” or “support” something, or “donating” a possession — acts that prove one’s faith in or conviction about something. The great Andalusian jurist Ibn Al-‘Arabi (d. 1146) shows how Sadaqah’s sense in language expresses itself in its meaning of “charity”— including its meaning of “Zakat” — as it occurs 12 times in the surahs of the Quran revealed after the Prophet, on him be peace, migrated to Madinah:

The meaning of sadaqah derives from the root sidq because sadaqah implicates giving away goods and funds for the sake of God, demonstrating one’s faithfulness and manifesting into reality one’s belief in the Resurrection and the Afterlife. (Qardawi, Fiqh az-Zakat, xlvi)

Indeed, the Prophet himself, on him be peace, said: “Sadaqah is a proof” (Muslim).

Why Is the Word ‘Zakat’ Used for Almsgiving?

By naming His obligatory almsgiving ‘Zakat’ in the Quran, God infuses this worship’s spiritual reality with this word’s several linguistic connotations:

What Distinguishes Zakat from Sadaqah in Detail

What of Sadaqah as Voluntary Charity?

Sadaqah, as a person’s freewill offering for the sake of God, is utterly crucial both in the world — for our relations, neighbors, and fellows in humanity — and for the everlasting disposition of our own souls in the coming Afterlife. For this reason, Islam in the repeated, explicit exhortations of its Revelation — the divine speech of the Quran and the words, actions, and sanctions of the Prophet, on him be peace — places an emphasis on voluntary charity that is without parallel.

Consistent with the matchless urgency for sadaqah-charity, Islam imposes almost no restrictions on its giving, except that it must come from lawful gain and be given for rightful ends intending only to please God.

Islam does not merely encourage Muslims to deal with poverty in the world. It charges the believers to cure it. Thus it gives them the ways and means to do it. At the top of this list is the establishment of Zakat. Muslims cannot execute this duty of eradicating poverty without first fully institutionalizing Zakat among themselves. It is the system that actually positions Muslims as a Community to achieve the ordained end of raising all the poor out of needfulness.

Sadaqah as an Equal Sign Between Ending Poverty and Attaining Faith

Zakat as a pillar of worship gives the Muslim Community a global-local mechanism absolutely essential to fulfilling its larger obligation of uplifting the world’s poor. Yet the Quran and the Prophet, on him be peace, have told us with no ambiguity that it is only through our concerted activation of sadaqah as a community (in sadaqah’s sense of our individual freewill offerings from what we possess — even if what we can give appears small or insufficient to us) that we can accomplish this assignment from God to the Muslim community.

To this end, we should be mindful that God has thoroughly entwined our responsibility as Muslims to alleviate poverty on the earth with our personal aspirations to pure faith. We cannot realize the latter — namely truehearted belief in the one and only God — without striving against our individual souls in the former — which is to say overcoming our human weakness to acquire and covet material things by giving freely in charity from the dearest of what we possess. (Remember the meaning of sadaqah as proving one’s faith by action?)

In the expression of the Quran: Never shall you attain the virtue of true faith until you spend in charity from that which you love. And anything you spend, indeed, God is all-knowing of it (Surat Al ‘Imran, 3:91).

The Quran sums up perfectly the marriage of genuine faith to something more than right utterance and proper posturing and positioning. Rather, correct beliefs in conjunction with gifting others from all the very best of what God has given us — this is what bears out authentic righteousness in faith. God tethers belief to worship to the deeds that prove it, repeatedly calling to our attention in the Quran the near-inseparable link of steadfastly instituting the five daily Prayers and unfailingly paying the Zakat-Charity.

Righteousness in the sight of God is not the mere turning of your faces toward the East or the West. Rather, true righteousness dwells in one who believes in God, and in the coming Judgment of the Last Day, and in the angels, and in every revealed Book, and in all the prophets; and dwells in one, who — despite his love for it — gives of his wealth in charity to close relatives and orphans, and to the indigent and the wayfarer, and to beggars, and for the emancipation of slaves; and dwells in one who establishes the Prayer and gives the Zakat-Charity; and dwells in all those who fulfill their covenant when they make a covenant, as well as in those who are patient during periods of affliction and harm and times of conflict. These are the ones who have been truehearted, and it is such as those who are God-fearing.

So it is our sadaqah that actualizes our faith and puts our worship to work in the world.

Calculate your Zakat payment or learn more from our handbook below.