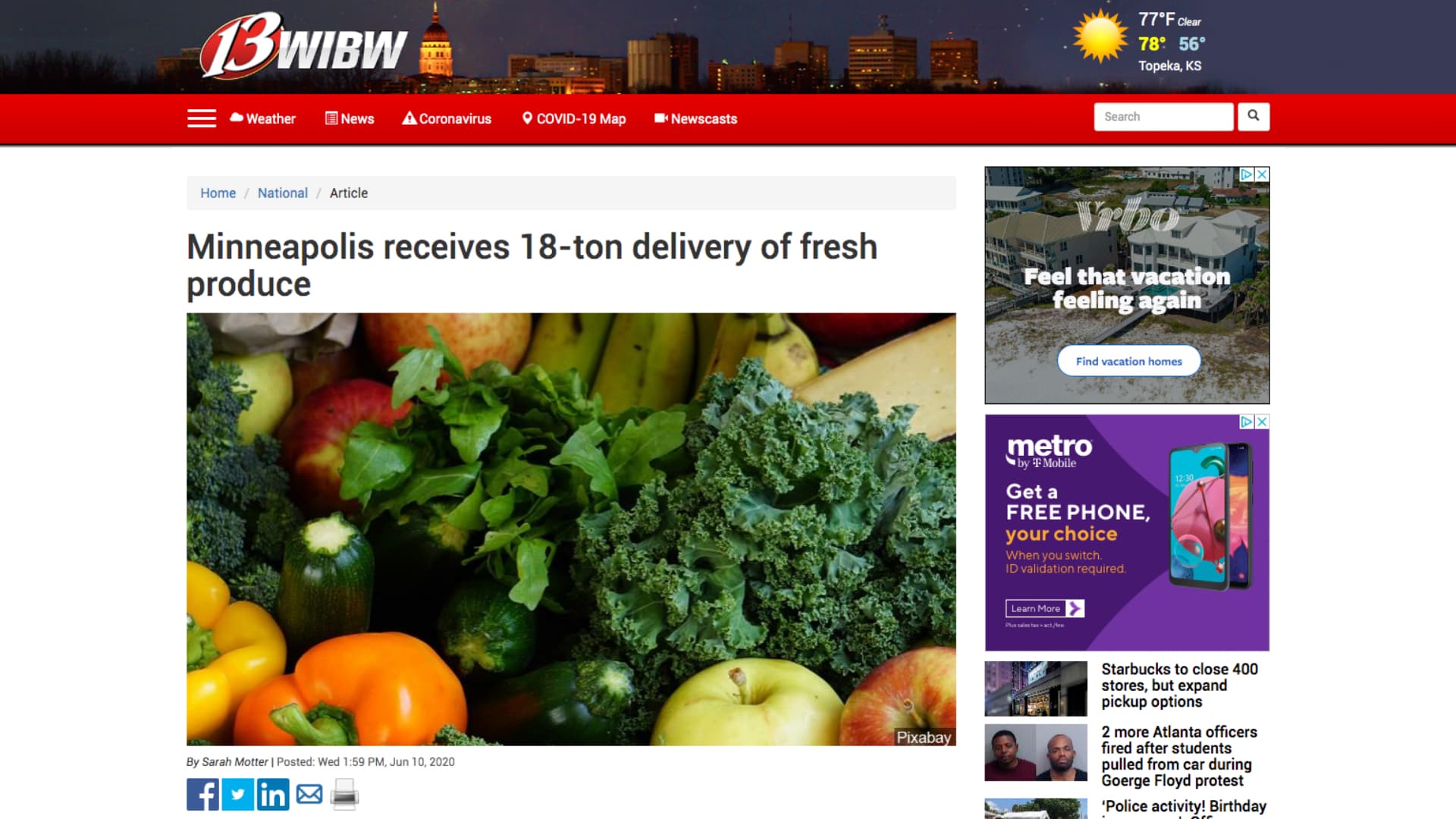 CHICAGO, Ill. (WIBW) -- Minneapolis has received an 18-ton delivery of fresh produce from the Zakat Foundation after George Floyd protests.

Two of the foundations nonprofit partners, Al-Maa’uun and Building Block of Islam, part of the Minneapolis Muslim Leaders Coalition, have held nightly conference calls since the murder of Floyd in order to assess the growing needs of vulnerable communities and to strategize a targeted relief response says the charity.

“Zakat Foundation was the first national organization to reach out to us to determine how the people of the Twin Cities can be served in this time of crisis,” says Afzal Syed Mohamed, Building Blocks of Islam’s chief coordinator. “Through this support, we’re already planning our community response to ensure those affected have access to essentials like food and safety kits.”

The foundation says that Nabi Naser, director of social services for Building Blocks of Islam, is coordinating the critical assessment effort while other community members serve those in need.

According to the Zakat Foundation the torching and closing of small grocery stores that normallyserve low-income residents have been wiped out food and daily supplies, leaving a gap in the care for these communities.

Demir says that this has quickly grown into a crisis for thousands of people stranded in areas of protest intervention and reaction and that the crisis is quickly spreading...