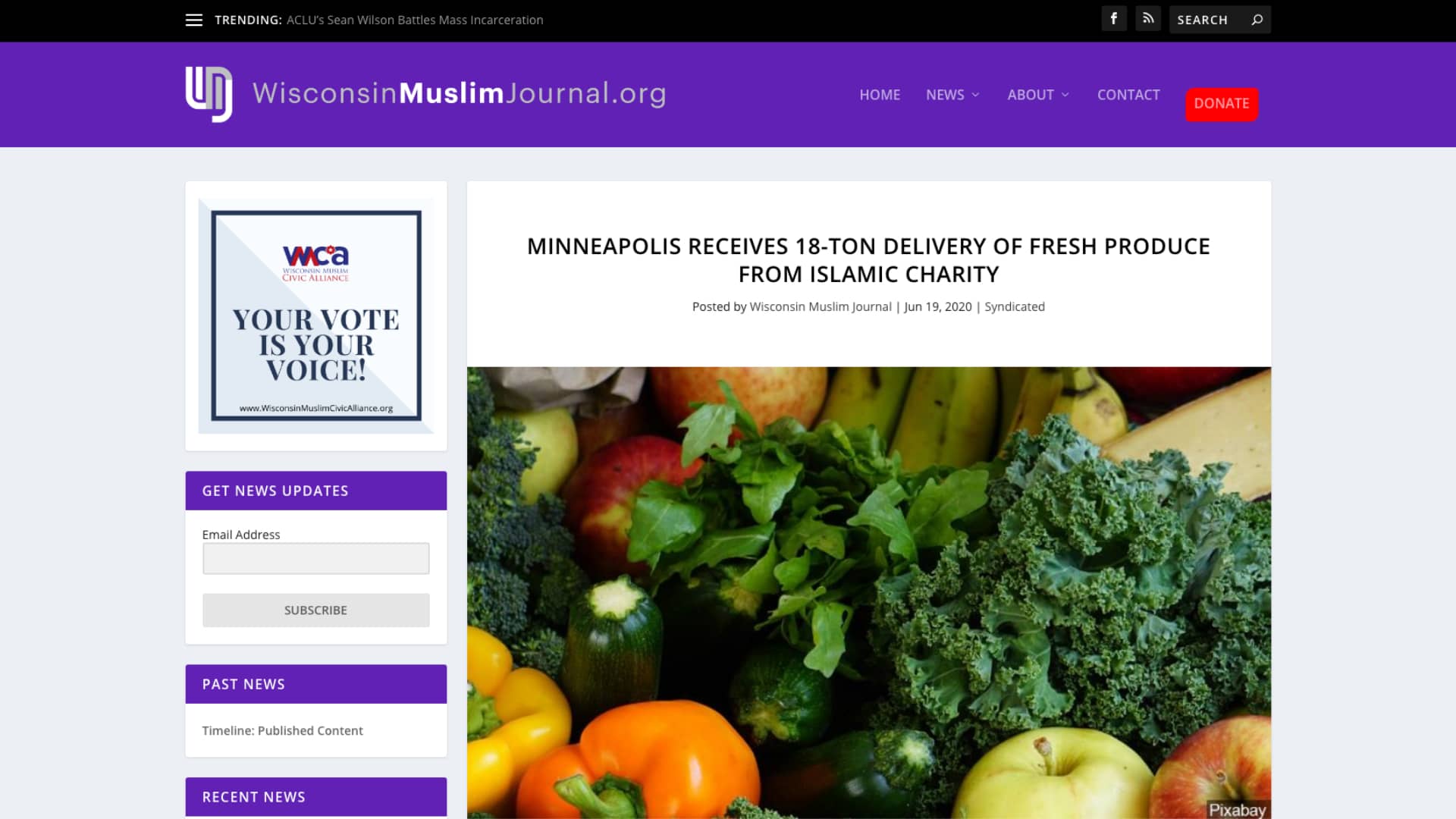 Minneapolis has received an 18-ton delivery of fresh produce from the Zakat Foundation after George Floyd protests.

Two of the foundations nonprofit partners, Al-Maa’uun and Building Block of Islam, part of the Minneapolis Muslim Leaders Coalition, have held nightly conference calls since the murder of Floyd in order to assess the growing needs of vulnerable communities and to strategize a targeted relief response says the charity...