We Found Her Crying in a Corner: A Rohingya Woman Shares Her Story

While delivering aid, A Zakat Foundation of America field representative found Fatima, a Rohingya woman, sitting alone crying.  He asked her what had happened to her, and she shared her story with us:

My name is Fatima, I am 40 years old. I am a mother of four sons and two daughters. My home was burned to the ground by the Myanmar Army, and many of my neighbors were captured and tortured by soldiers. I had to protect my children and escape from the horror, so we fled.

It was 27th of August 2017 when we started running – just four days before the blessed Eid-ul-Adha. Our journey was terrible; army soldiers with malicious intent stopped us at several points.  I witnessed the death of three of my children.

Fearing for our lives, the rest of us ran in whatever random direction we could. I arrived here at Bangladesh’s Gundum Zero Point on the 13th of September 2017 - but I arrived alone. I have nothing with me beyond the clothes I am wearing. I do not even know if any of my family members are still alive.

*As told to Zakat Foundation of America Field Representative, Mahbubul Hoque in Cox’s Bazaar near the border districts between Bangladesh and Myanmar

* This first-person narrative has been edited for clarity.

Zakat Foundation of America Brings Relief & Recovery to the Rohingya

With the recent surge of violence, the need for Rohingya relief efforts continues to rise. The attacks have been brutal, and with no bounds.  The United Nations human rights chief has declared it a “textbook example of ethnic cleansing.”

Zakat Foundation of America first responders are on the grounds along the border of Bangladesh and Myanmar. They are receiving, assessing, and serving Rohingya Muslims arriving at the border injured, hungry, tired and traumatized. 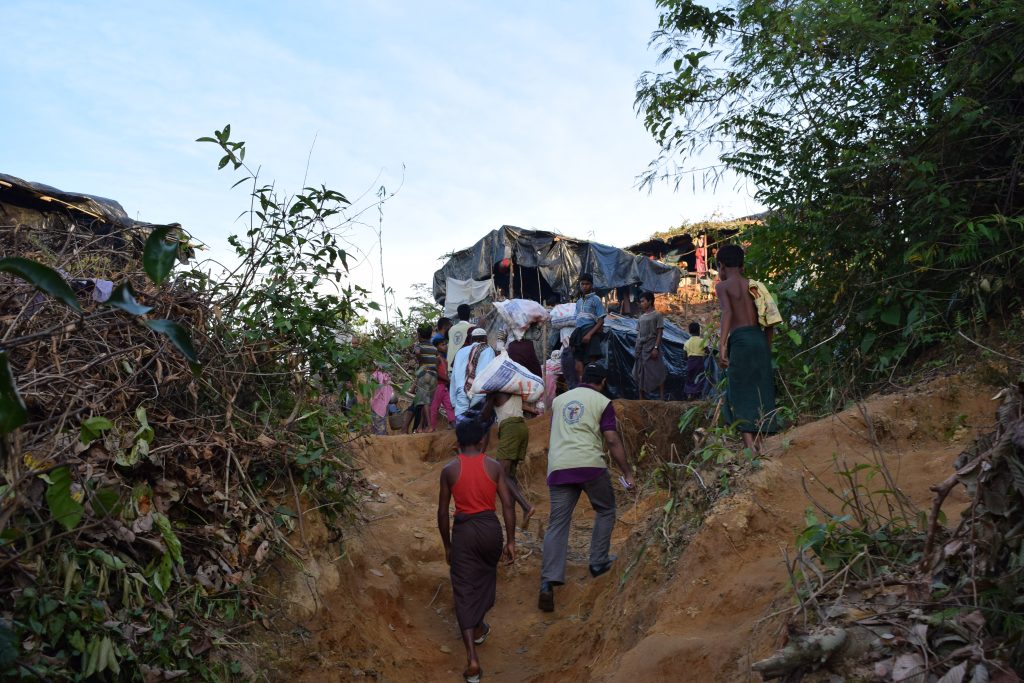