BOSTON (RNS) — With most mosques across the country still closed due to the coronavirus, Muslim communities are finding creative ways to celebrate this weekend’s Eid al-Fitr, the festival that marks the end of Ramadan, while abiding by social distancing guidelines.

In Michigan, where a popular Ramadan lights competition will end just before Eid, Muslims have organized a televised Eid service and celebration that they expect tens of thousands to tune in for. The celebratory programming, set to air Sunday morning (May 24) on local cable news and stream on social media, will begin with a live Eid sermon by the Muslim Unity Center’s Imam Mohamed Almasmari.

“The televised Eid program is a wonderful way to bring our communities together in spirit when we cannot be together in person,” said Catherine Ziyad, from the Muslim Center of Detroit, who helped produce the program. “It gives us a chance to celebrate our diversity and recognize the generous charitable activities that our community has been engaged in over the past month.”

In addition to performances by musicians and comedians, a number of Sunni and Shiite imams from mosques across the state will also speak, as will elected officials and other community leaders, thanking Michigan Muslims’ who have donated and delivered over 50 tons of food.

In Michigan and around the country, Muslims are organizing drive-by car parades, virtual Zoom parties and other events, continuing the sense of virtual community cultivated over the past month with remote iftar dinners, lecture livestreams and online taraweeh prayers.

The international Ismaili Muslim community’s new 24/7 online streaming channel, launched last month to connect members during the pandemic, will celebrate with a two-day concert by Ismaili musicians. Remote Ramadan, a digital project formed to connect Muslims spiritually and socially during the month, is capping off the season with an Eid Bazaar held over Zoom, which will let Muslims share reflections and play online games together. Groups of young Muslims have arranged open virtual Eid meetups in their time zones. And families, spread out across the globe, have arranged their own FaceTime and Zoom calls. 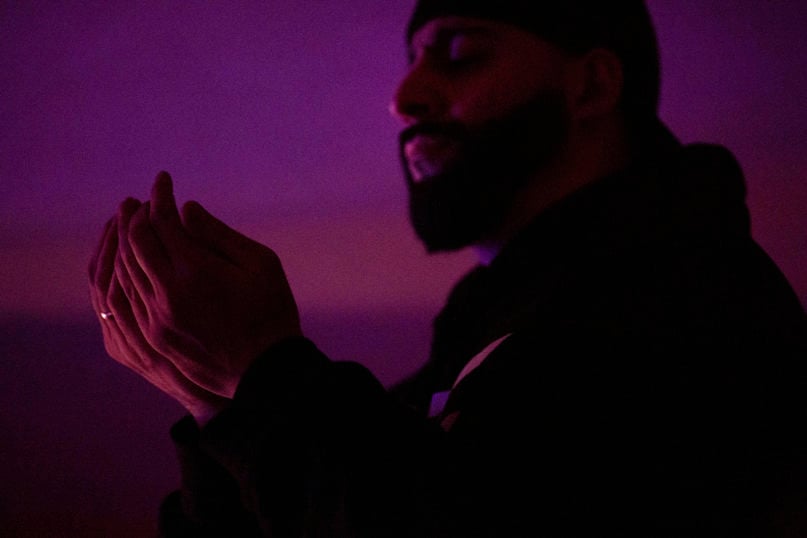 Mohammed Widdi, 31, coordinator of Muslims Giving Back, performs nighttime prayers for the month of Ramadan at the Muslim Community Center in Brooklyn, before heading out to the city to hand out food to the hungry, in New York, on April 27, 2020. (AP Photo/Wong Maye-E)

The Fiqh Council of North America has encouraged Muslims to perform the Eid prayers in their homes alone or with their own families. In a statement prepared by Imam Yasir Qadhi, the group encouraged mosques to broadcast Eid sermons, generally considered not obligatory, and advised families to follow the usual prophetic traditions of Eid: bathing, eating breakfast, wearing one’s best clothing and reciting the takbir in God’s praise.

The Qalam Foundation in Texas urged worshippers to do the same.

“We all have cherished memories of past days of Eid,” the group’s founder, Sheikh AbdulNasir Jangda, wrote. “However, we face the prospect of an Eid that is difficult and challenging. Similar to our mindset in Ramadan, we can and should find a way to have a joyous and meaningful Eid.”

But many of the traditional Eid experiences will be lost: worshippers praying in densely packed rows behind the imam, hugging friends and strangers alike as they exit the mosque, handing out candy and dollar bills to children, losing yet another pair of shoes to the tangled pile outside the prayer hall.

Still, mosques and other networks are trying their best to re-create the holiday’s joyful magic and community spirit.

In Illinois, the Zakat Foundation of America is hosting “Eid-in-Place,” a virtual Eid show for families that will feature New York University’s Imam Khalid Latif and a lineup of entertainers including Brother Ali, Zainab Johnson and Amir Sulaiman. The Mosque Foundation will hold a drive-by greeting and gift exchange in the mosque parking lot on Sunday.