Leticia joined Zakat Foundation of America as a Programs Coordinator last summer. She has years of experience coordinating relief work for natural disasters in the United States and Latin America, specifically in Chile.

Leticia’s trip first included a stop in the Dominican Republic where she connected with Zakat Foundation of America aid workers preparing the first shipment of humanitarian aid kits. From there, it was sent to the island of Puerto Rico.

What is Zakat Foundation of America’s strategic plan in terms of assisting relief work on the ground in Puerto Rico?

Other ways we’re helping is by raising awareness on what the needs are and relaying that to the general public. We’re raising funds, and as the situation changes, we’re able to purchase items that are most needed at the moment.

How widespread is the devastation?

It’s the entire island. I arrived in San Juan, the capital city, three weeks into global relief efforts. It’s still a daily struggle to find gas, water, food. If that’s the situation in San Juan, it’s even worse outside the capital. There’s still people that don’t have a steady stream of water or connection no electricity. 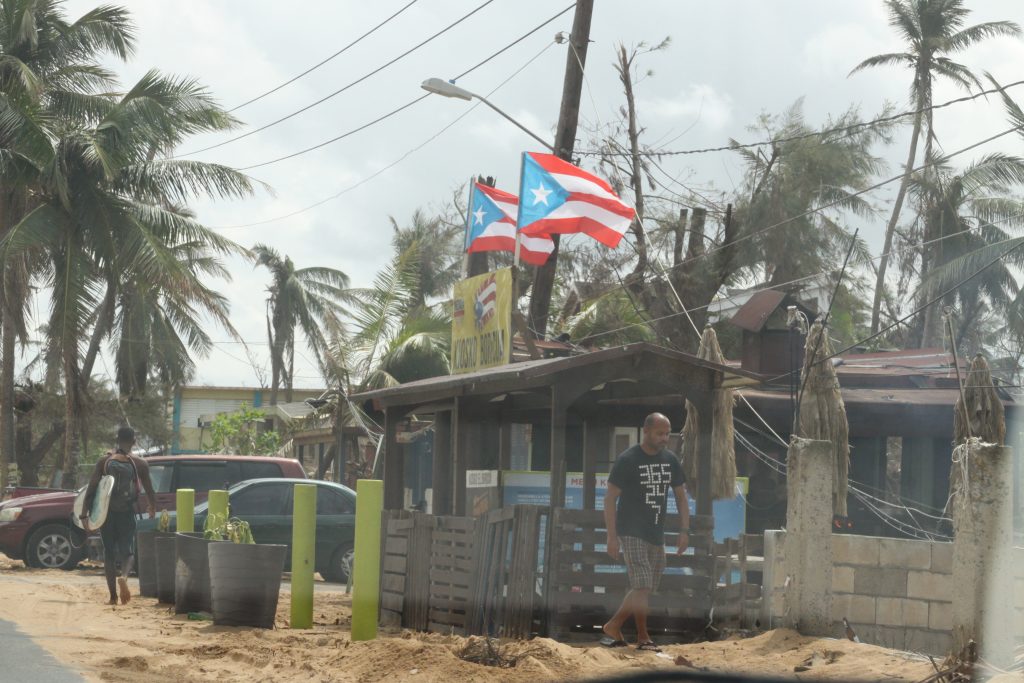 What do the people of Puerto Rico need the most right now?

With all the different assessments, everyone agrees on one thing: water. People are starting to drink out of contaminated water wells, preferring the risk of drinking that or having nothing.

Critical needs include electricity - the telecom towers were completely destroyed. In San Juan, people are pulling over once they find a strong signal to make a call. The three main things would be water, electricity, and connectivity (communications). 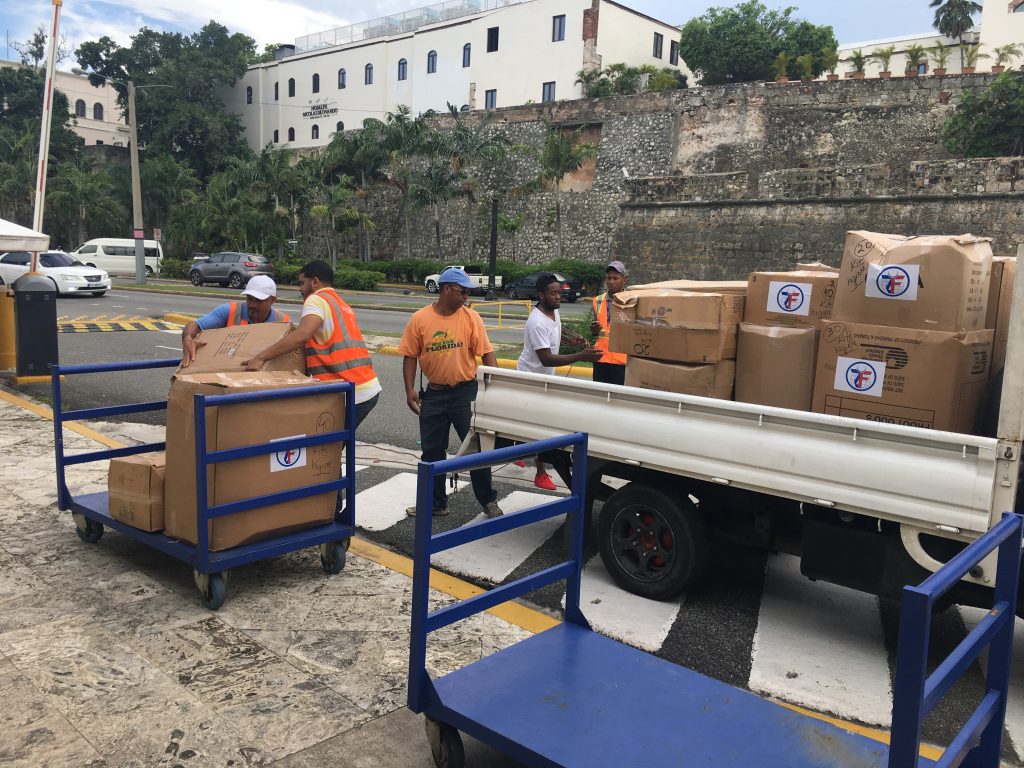 In Dominican Republic, aid workers unload packages of humanitarian aid to be placed onto ferries headed to Puerto Rico.[/caption]

What has been the response from the beneficiaries? Any interesting stories or moments?

In one of the poorest communities on the island, a women with two grandchildren told us she had not had any communication since September 20. She has two sisters in Milwaukee, and they didn’t know if she’s alive or dead. That’s when we filmed her message to her family on camera.

Another moment, a young boy commented “well, it’s important to always keep a positive attitude.” Amazing, in spite of everything, they’re trying to keep positivity. People were very grateful for the kits.

Why do you think the process of humanitarian aid has been so slow to reach the island?

There's a few factors. There’s criticism of the government and FEMA and how they responded. That being said, their response system was already tapped out [responding to mainland natural disasters like Hurricane Harvey in Texas].

Because it is an island, there are some complications compared to the mainland. Everything has to come by boat or air. You have to remember it takes a while to get there, then it’s processed, then you need drivers to deliver the aid - which is impossible once the sun goes down because you have no functioning electricity. 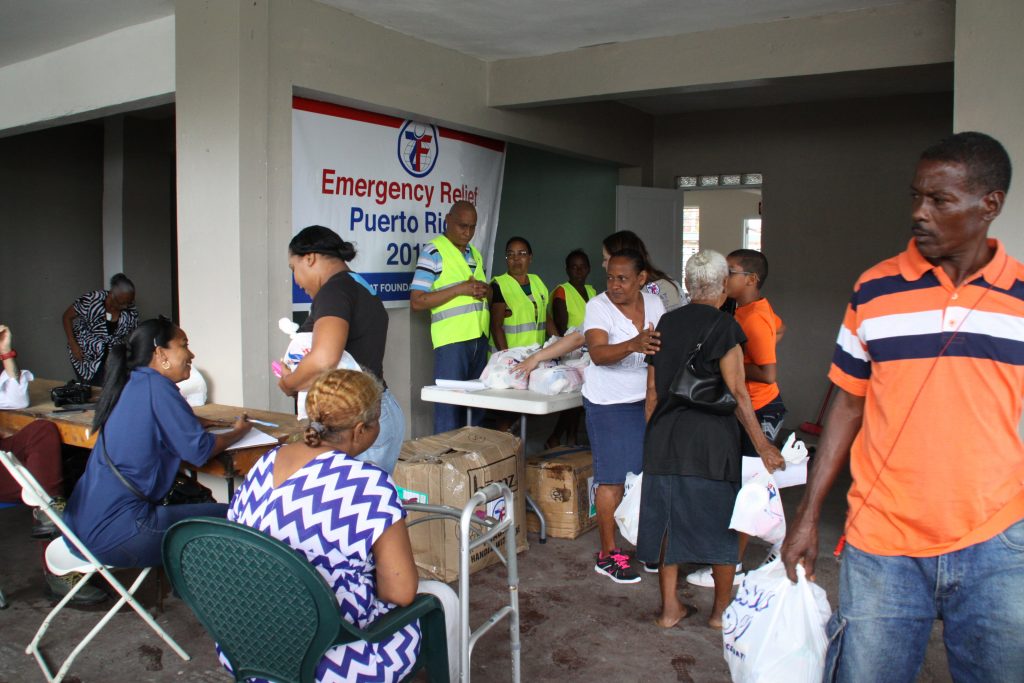 Zakat Foundation of America distributes food kits in one of the most damaged neighborhoods of San Juan.[/caption]

You’ve been to other disaster zones around the world. How is this different?

There is the possibility of a real health crisis when medications run out. An overwhelming number of the people we met are diabetic. Many humanitarian and health organizations were discussing this, that insulin is running out.

What are Zakat Foundation of America’s future plans for Puerto Rico, as well as the Latin America region?

We’re already scaling up our programs. Currently, we have food aid, education, and started working with young girls empowerment. In addition, we’re responding to various disasters like earthquakes in Ecuador, and now the hurricane in Puerto Rico. Zakat Foundation of America plans to be in Puerto Rico for the long term and will continue to support the island until the situation returns to normal and hopefully a little better off.