Best Practices in the Month of Dhul-Hijjah 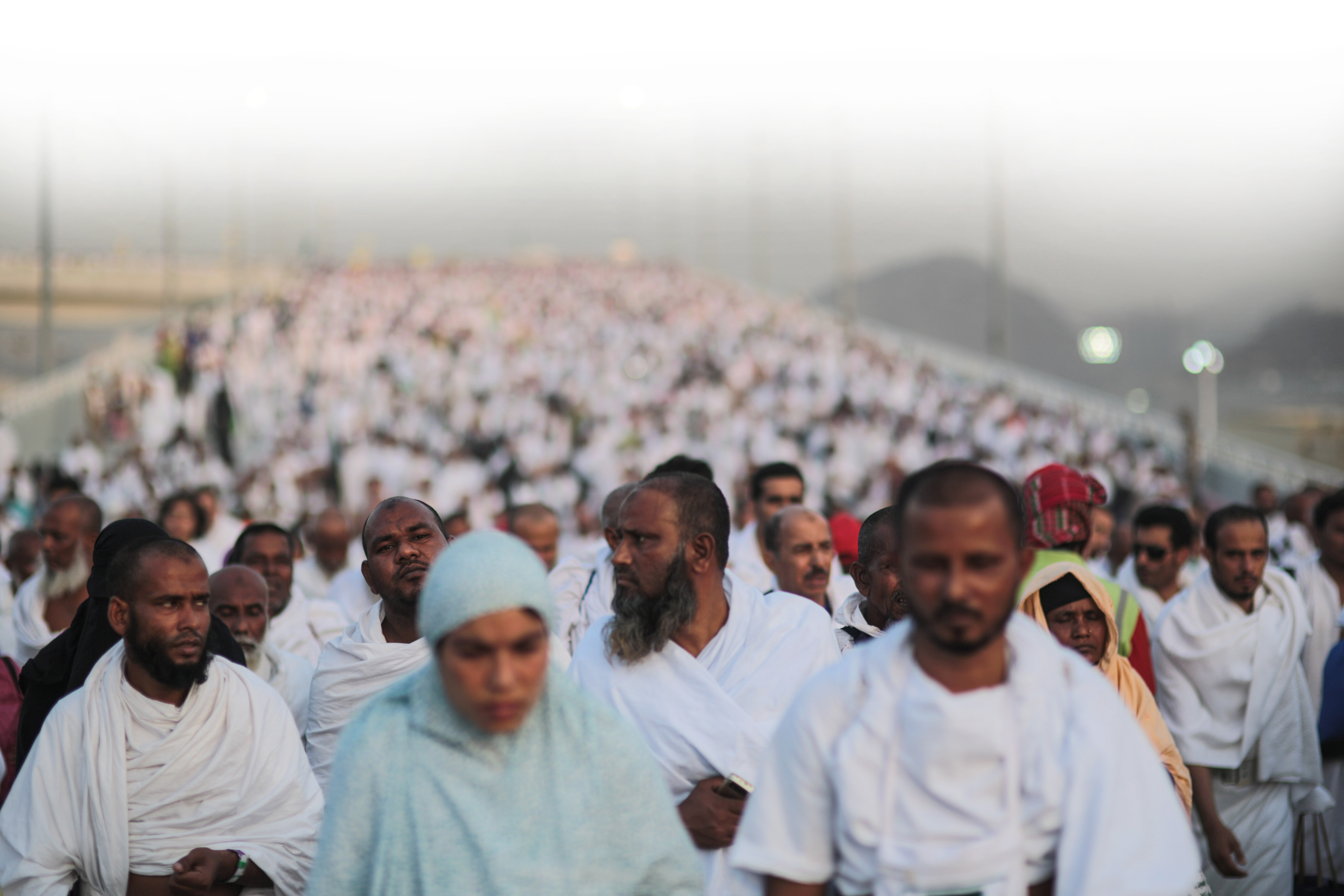 Indeed, the ordained number of the months with God is 12 lunar months, as was decreed in the Preserved Heavenly Book of God on the day He created the heavens and the earth. Four of them are sacred – and that is the upright religion — so do not wrong yourselves or others in them. (Surat Al-Tawbah, 9:36)

Doing wrong in these months, especially to people, increases the degree of sin more than the same act in other months.

This is the Way of God, His Sunnah, to use the Quranic term. He hallows some of His creation in eminence over the rest. He prepared Earth in the cosmos to host life, as we know it. He ennobled Makkah above all its spaces and places. He honored Muhammad, God bless him and grant him peace, over all human beings as the Messenger for the Quran, God’s culminating Heavenly Book, after which there would come no other revelation or new prophet.

Before Islam, the Arab tribes refrained from fighting during these months, to the extent that if a man met the slayer of his father or brother in them he would not avenge the death. While the Arabs corrupted the calendar by intercalating days and even months, this custom of observing these four months as sacred had come down to them as a remnant of the way of Abraham, on him be peace, which means these months had their origin in Divine Revelation.

One of Islam’s critical aims was to reset the lunar calendar that God had instituted “on the day He created the heavens and the earth,” as the previously cited verse tells us. This is of immeasurable importance. Without it, people could not have reestablished the primordial religious rites that God has ever made obligatory on human beings.

Here are some of the established practices of the blessed days of Hajj for us to incorporate into our worship, and lessons we can take from these days.

1. Fasting the Days of Hajj

Fasting the first nine days of Dhul-Hijjah is desirable (mustahabb).

The Prophet, on him be peace, said: “On no days are righteous deeds more beloved to God than these 10 days,” meaning the first 10 days of Dhul-Hijjah (Bukhari).

Fasting is of the very best of all worship, though the Prophet, on him be peace, prohibited fasting the days of Eid, one of the two of which falls on the 10th day of Dhul-Hijjah. For this reason, one who chooses to fast may only do so in the first nine days of this month.

In another report, authenticated by reputable hadith scholars, a wife of the Prophet, on him be peace, said: “God’s Messenger, on him be peace, used to fast nine days of Dhul-Hijjah, the day of Ashura, and three days of each month, the first Monday and two Thursdays. (Ahmad and Abu Dawud)

(The 10th of Muharram commemorates the day God delivered Moses and the Children of Israel from Pharaoh through the divinely split waters and drowned Pharaoh and his hosts in them. The Prophet, on him be peace, said: “Deeds are shown [to God] on Mondays and Thursdays, and I like my deeds to be shown when I am fasting” (Tirmidhi). The Prophet, on him be peace, also exhorted fasting three days a lunar month, which he said is “fasting for a lifetime” — any three days, but preferably the White Days, that is, the 13th, 14th, and 15th, when the moon is in the phase of fullness.)

Some say the Prophet, on him be peace, did not strictly adhere to fasting the nine days of Dhul-Hijjah, but there is agreement that it is good for one to fast most or all of them, since fasting falls under the category of “righteous deeds.”

Charity is one of the best acts of worship one can offer, especially in these days, and in the sacred months, high among the other good deeds one should do in this season.

One ought to perform a variety of good deeds during these days — especially giving charity, as stated, being good to others, and reciting the Quran. Uttering the remembrances of God is particularly recommended in these days of Hajj, wherever we are, most particularly repeating: “Allahu akbar,” God is Greatest. It was reported by Bukhari that Ibn ‘Umar and Abu Hurayrah used to go out to the market places on the first 10 days of Dhul-Hijjah saying “Allahu akbar” repeatedly, and the people would join them.

The Prophet, God’s blessings and peace be upon him, said: “The best supplication is the supplication of the Day of ‘Arafah. And the best that I, and the prophets before me, have said is “La ilaha illa Allah. Wahdahu la sharika lah. Lahu’l-Mulk wa-lahu’l-Hamd. Yuhyi wa yumit. Wa huwa ‘ala kulli shai’in qadir.” (There is God but Allah. He is alone. There is no partner for Him. For Him is all dominion, and for Him is all praise. He gives life. And He gives death. And He is powerful over all things.)

It is authentically reported that the Prophet, God’s blessings and peace be upon him, said: “Four words are dearest to God: Subhan’Allah (Glory be to Allah), Alhamdulillah (All praise is for Allah), La ilaha illa’Llah (There is no God but Allah), and Allahu Akbar (Allah is the Greatest).

4. Fasting the Day of ‘Arafah

Fasting the Day of ‘Arafah — the ninth day of Dhul-Hijjah — is not obligatory but very important. It is called this because on that day, the pilgrims making Hajj gather on the plateau of ‘Arafat outside of Makkah and supplicate God from morning till late afternoon.

Every Muslim capable of fasting that day should, to reap its great benefit. The Prophet, God bless him and grant him peace, said: “Fasting on the Day of ‘Arafah expiates the sins of two years, the past and the coming” (Muslim).

The Prophet, God bless him and grant him peace, also said: “There is no day on which God sets free more servants from the Fire than on the Day of ‘Arafah. He draws near. Then He praises them to the angels, saying: ‘What do these people want?’” — meaning He shall answer their pleas, and deliver them from Hell and admit them to His Garden.

5. The Eid of Sacrifice

Dhul-Hijjah is the month of Eid al-Adha, the Festival of the Ritual Sacrifice, which lasts four days. The 10th day of Dhul-Hijjah is the first day of Eid. It is also known as the Day of Slaughter (Yawm al-Nahr), for on it the sacrifice of cattle begins. On this day, all Muslims, old and young, women and men, should attend the Eid Prayer, and fasting on it is prohibited.

It is desirable (the Hanafis say obligatory) for Muslims to slaughter cattle on behalf of themselves and their families (the Hanafis say for each obligated individual), saying at the moment, with the animal facing Makkah, Bismillahi wa’Llahu Akbar. Allahumma hadha minka wa laka (In the Name of God. God is Greatest. O God! This is from You and for You).

»   There is unprecedented hunger, poverty, and suffering among Muslims in the world today. So please send a sacrifice to your brothers and sisters in great need through Zakat Foundation’s Udhiya distribution program here.

6. The Three Days of Tashriq

Following Eid Day are the three days of Tashriq. The word tashriq means to expose something to the sunlight for drying. These days bear this name because they were the days in which people exposed the butchered meat of their sacrifices to the sun after salting it in order to make either beef, lamb, or camel jerky, to preserve it. Fasting any of these three days (and the previous day of Eid) is forbidden due to the statement of the Prophet, God bless him and grant him peace: “The days of Tashriq are days of eating, drinking, and mentioning God.”

There are morals to be learned from the divine designation of these 10 days for exerting oneself in good deeds:

»    We learn that among numerous good works, it is important not simply to do whatever is good in and of itself (we should do good), but rather we are to do the particular good that is appropriate for the time. Thus, we exert ourselves in one way in Ramadan and another in Dhul-Hijjah.

»    The 10 days are a blessing and a motivation for initiating good doing. In this way, they prime us for how and what kind of good works to do throughout the year.

»    These days remind us that we have limited days on earth. The days of Dhul-Hijjah come and go as do the days of life. So we should utilize them in the highest and best possible way.

»    The 10 days of Dhul-Hijjah make a way for those who feel they did not perform to the optimum level they had hoped for in Ramadan to make up for any shortcomings. This also teaches us to always look to the future with hope and anticipation. So if you find that you have slacked off in your worship, charity, or other good deeds; or in your vigilance and that your faith has slipped, instead of lamenting and letting the whisperer burden you with guilt and bad feeling, rather intend with each new day to strive in some of these many ways of goodness that God has opened specially for you. Start now.