Al-Adha, Qurbani and the Message of Sacrifice 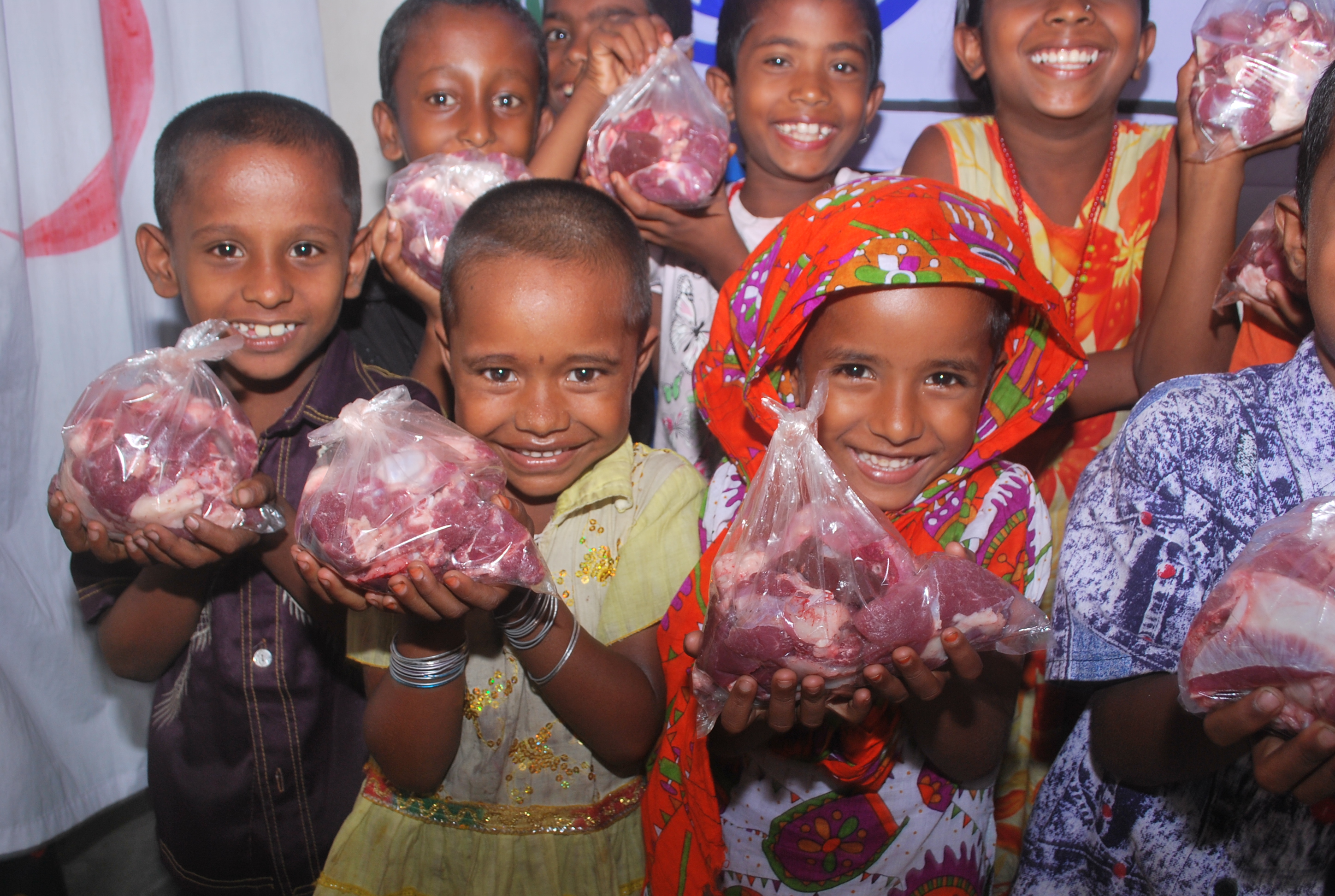 The word udhiya in the Arabic language refers to the animal that is slaughtered on the day of Eid Al-Adha. The three-letter root dad - ha - alif, from which both Adha and Udhiya are built, means “mid-morning,” the time when our sacrifice for Hajj is supposed to take place, after the Eid Prayer.

In Shari‘ah, or Divinely Revealed Law, udhiya means the “ritual sacrifice” performed on specific days and fulfilling explicit conditions with the intention of coming closer to Allah, the prime Arabic name of God, the sole Creator of all being. Hence, anything slaughtered on other days for the sake of God is not an udhiya. Also, whatever we slaughter on these designated days of sacrifice that is not directly for the sake of God in fulfillment of the ritual of that day, such as a butcher slaughtering for sale, is not an udhiya.

The sacrificial slaughter (al-udhiya) on the Days of Slaughter (Ayyam Al-Nahr, the 10th, 11th, 12th, and 13th of Dhul-Hijjah, the 12th month of Islam’s Hijri lunar calendar) is something prescribed in Islam as part of the Hajj-Pilgrimage ritual. The 10th, which is Eid Day, is also known as Yawm Al-Nahr, the Day of Slaughter. The following three days are called Ayyam Al-Tashriq, the Days of Jerking (or drying out the slaughtered meat, traditionally in the sun, to preserve it).

The Quran (the Last and Final Divine Revelation to humanity), the Sunnah (the Way of the Prophet, on him be peace), and the Consensus (Ijma’) of the Ummah, or community of believers, all establish the practice of al-udhiya. This means that the tradition of udhiya, ritual sacrifice of Hajj-time, holds the strongest possible authenticity as a religious exercise.

As to the Quran, God states: So perform the Salah [ritual Prayer] for your Lord and slaughter [an animal] (Surat al-Kawthar, 108:2). This is a commandment to the Prophet, on him be peace, which makes it an injunction upon all believers, as this comes in a category of acts not exclusive to him in which humanity must follow him.

The proof from the Sunnah is that it was the established practice of the Prophet, on him be peace, his Companions, and those who followed them in faith to slaughter an animal (usually a sheep) on the Day of Al-Adha, the Day of Eid. There is a superabundance of reports of the Prophet, on him be peace, and his Companions making this sacrifice on Eid Day and commanding others to likewise sacrifice.

While it is not possible to fully fathom the divine knowledge that underlies the udhiya, one can discern some of its purposes:

How Udhiya Is Characterized in Law

The majority of scholars hold that the udhiya is a sunnah mu’akkadah, an emphatically recommended action following the Prophet’s way, on him be peace. This is also the opinion of two of the Rightly Guided Caliphs, Abu Bakr and ‘Umar, God be pleased with them.

Their proof that it is not obligatory (fard) is the statement of the Prophet, on him be peace: “If the 10 (first days of Dhul-Hijjah) come in and one of you wishes to slaughter, then let him take nothing from his hair or skin” [Muslim].

The Hanafi scholars categorize udhiya in fiqh (Law) as wajib (obligatory) based on the previously mentioned verse of Surat al-Kawthar (108:2). Moreover, many of them who deem it wajib, obligatory, classify it is fard ‘ayn, obligatory for every one upon whom its conditions duly devolve.

Those who categorize it as recommended (mandub) hold that it is so for every household upon which its conditions duly devolve, not every individual. The definition of a “household” in this sense is people living together whose finances are intertwined and who are related in one way or another, even if they are distant relations.

Conditions of Obligation and of Sunnah Mu’akkadah

Conditions for the Validity of Al-Udhiya

The time of al-udhiya begins at fajr (dawn) of Eid al-Adha, chronologically the second Eid in Islam’s lunar year. However, it must be performed after the Eid Salah (Prayer), not before, as has become the errant custom in some Muslim countries. While it is permissible to sacrifice before the khutbah (sermon) that follows the Eid Salah, it is preferable to sacrifice after it.

If one lives in an area that convenes a number of Eid Prayers, it is sufficient for one of these congregations to complete its Salah for one to perform one’s sacrifice thereafter.

If one lives in a place where the Eid Salah is normally held but is delayed to the second day of Eid for any reason, or is not held at all, then the time of slaughter begins when the due time for Eid Salah on the first day ends, which is after the sun crosses its zenith. If, however, one lives in a place where there is no Eid Salah, then one can slaughter any time after sunrise.

The time of sacrifice ends, according to the Hanafi, Maliki, and Hanbali schools of Law, with sunset of the third day of Eid. The Shafi‘i position, however, is that the Days of Slaughter are four, including Eid Day. Their proof is the reliable statement of the Prophet, on him be peace: “All the days of tashriq (of laying out meat for drying preservation, jerking) are days of sacrifice.”

Any sacrifice outside these times is not an udhiya.

The Sunnah of al-udhiya is fulfilled by letting the blood of the sacrifice flow, that is to say, by performing the sacrifice. It is preferable, however, that one distribute a third of the meat to the poor in charity, give a third away as gifts to neighbors, relatives, and friends, and keep a third of the meat for one’s household. These meat portions should be of equal proportion, one-third each.